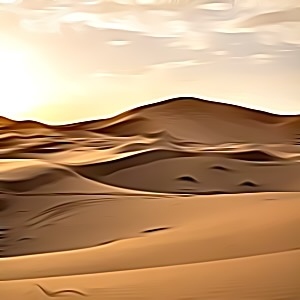 Use this Desert Name Generator to find countless random desert names for your next gaming adventure, story or any other kind of project. Enjoy!

What are the geographical features of a desert?

Deserts are often thought of as sandy wastelands, but they can actually have a variety of different geographical features. For example, the Sahara Desert in Africa is mostly covered in sand dunes, while the Gobi Desert in Asia has rocky plateaus. Some deserts also have oases, which are areas with water sources that support plant life.

How do deserts get their names?

No matter how a desert gets its name, one thing is for sure: it's not a place you want to be without plenty of water and supplies. So if you're ever in a desert and wondering how it got its name, just be thankful you're not stuck there forever.

A history of deserts

The ancient and fascinating history of deserts dates back millions of years. It has been asserted that deserts have existed for as long as humans have existed. Deserts are home to unique, rough-and-tumble ecosystems that have captivated and puzzled us throughout history, from the far-off, arid reaches of the Sahara to the harsh landscapes of the American West. Deserts were viewed as a place of mystery, danger, and death in ancient times. They are frequently referred to as hostile and inhospitable regions in biblical texts. On the Silk Road, ancient travelers frequently had to deal with harsh desert climates and were frequently dependent on the elements. People who lived in dry climates experienced the same thing. To survive in such harsh environments, ancient people had to master their surroundings. They came up with creative ways to deal with the lack of rain, like fishing in salty wells, creating intricate irrigation systems, and harvesting the plants that grew in the salty soil. Exploration is also closely associated with the history of desert knowledge. From the daring voyages of Vasco da Gama in Portugal to Meriwether Lewis and William Clark's explorations of western America, these adventurers frequently ventured into hostile and uncharted desert territory in order to push the limits of human comprehension. From satellites that can measure and monitor deserts from space to robotic rovers that explore Mars' surface, technology also contributed to our understanding of deserts. Today, deserts are becoming increasingly significant ecosystems. They are home to many different kinds of animals and plants, some of which are only found in desert environments. In addition, they contribute significantly to the patterns of the global climate by storing enormous amounts of heat and providing regions with extreme temperatures. Through farming, deforestation, and other land-use practices in recent years, arid climates have become affected by human activity. The desert environment and its inhabitants are feeling the strain as a result. If not addressed, desertification, overgrazing, and rising temperatures can all have devastating effects. Governments, organizations, and everyday people are working with the desert landscape to fix these issues and keep deserts healthy around the world. We have had deserts for millions of years, and we can anticipate that they will continue for millions more. People are learning more and more about these poorly understood environments on a daily basis and coming up with plans to preserve and protect them. The desert landscape can have a bright future through exploration, innovation, and education.

Can I use the random desert names that this tool creates?

How many ideas can I generate with this Desert Name Generator?

The Desert Name Generator can generate thousands of ideas for your project, so feel free to keep clicking and at the end use the handy copy feature to export your desert names to a text editor of your choice. Enjoy!

What are good desert names?

There's thousands of random desert names in this generator. Here are some samples to start:

More on desert names across the web

Can't get enough of generating desert names? Then continue exploring: