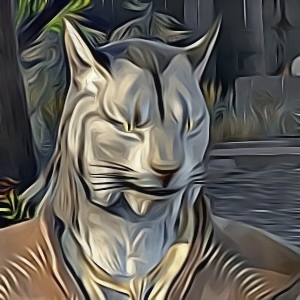 Use this Khajiit Name Generator to find countless random Khajiit names for your next gaming adventure, story or any other kind of project. Enjoy!

Where do the Khajiit come from?

The Khajiit are a feline race who come from the province of Elsweyr, which is located in southern Tamriel. They are known for their agility and stealth, as well as their sharp claws and teeth.

Khajiit society is divided into two classes: the nobility and the commoners. The nobility consists of the upper class who have been blessed by the moon gods, while the commoners are those who have not been so fortunate.

What are Khajiit good at?

Khajiit are known for their exceptional stealth and agility, making them ideal candidates for thievery and espionage. They are also natural acrobats, which allows them to easily escape danger or reach difficult places. In addition, Khajiit have keen eyesight and a strong sense of smell, both of which help them to avoid danger and track down prey.

Since its inception, the Elder Scrolls series has featured the humanoid race known as the Khajiit. Since the Merethic Era, they have been a part of Tamriel's history as an anthropomorphic cat-like species. Elsweyr, a vast region of Tamriel on the continent's southeast coast, is home to the Khajiit. The Khajiit are thought to have come from the northern part of Elsweyr, where they lived with other races as nomads. Some people hold the belief that Daedra Prince Azura bestowed upon the Khajiit their distinctive characteristics during the Merethic period. The Khajiit have a reputation for having sharp minds and agile bodies, which helped them succeed in trade and diplomacy. Due to their extensive history of mediation and negotiation, the Khajiit were frequently found working as merchants and diplomats for other races. Additionally, it resulted in a profound comprehension of politics, which would be beneficial to the Khajiit in the future. The Khajiit played a significant role in the growth of the moonsugar trade during the Merethic era. Moonsugar, which was made from the sap of the Sky flower and became the Khajiit economy's lifeblood, is a highly addictive substance. As they traveled across Tamriel, the Khajiit came to be known as skilled traders and smugglers. Unfortunately, the Knahaten Flu, a devastating virus that ravaged the Khajiit population in 2E560, soon disrupted their tranquil lifestyle. It also had a significant impact on society because many Khajiit became wary of outsiders and began to hide in the shadows. This resulted in the rise of the "Dark Brotherhood," a shady group of Khajiit who were known for their subtle influence on politics and the economy. This era saw the birth of Elsweyr's feared elite guard, the Shadowscale. The Shadowscale were in charge of making sure that travelers could safely cross the Elsweyr border and throughout the region. The Shadowscale was also the Mane, Elsweyr's ruler,'s bodyguard. With the establishment of the Aldmeri Dominion during the Fourth Era, the Khajiit witnessed a resurgence in their culture. The goal of this Altmer, Bosmer, and Khajiit alliance was to end the Knahaten Flu and bring peace, prosperity, and prosperity to the region. Additionally, the Khajiit played a crucial role in the establishment of the Thalmor, the Aldmeri Dominion's government. The Thalmor accepted the Khajiit into their ranks, albeit in a lesser capacity, despite their belief in the Altmer's superiority. The Khajiit are a one-of-a-kind and influential species that have existed for thousands of years in Tamriel. The Khajiit have had a lasting impact on Tamriel's world through their involvement in politics, diplomacy, and trade.

5 questions to help you come up with Khajiit names

Can I use the random Khajiit names that this tool creates?

How many ideas can I generate with this Khajiit Name Generator?

The Khajiit Name Generator can generate thousands of ideas for your project, so feel free to keep clicking and at the end use the handy copy feature to export your Khajiit names to a text editor of your choice. Enjoy!

What are good Khajiit names?

There's thousands of random Khajiit names in this generator. Here are some samples to start:

More on Khajiit names across the web

Can't get enough of generating Khajiit names? Then continue exploring: