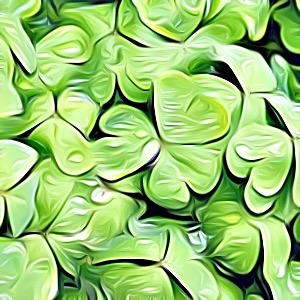 Use this Irish Name Generator to find countless random Irish names for your next gaming adventure, story or any other kind of project. Enjoy!

What is the importance of names in Irish culture?

Irish names hold a certain importance in Irish culture. They are often seen as symbols of identity and lineage. Many Irish people choose unique names, reflecting their personal interests or beliefs. Some famous Irish names include Liam, Niall, and Eamon. While not all Irish people have unique names, the tradition of choosing them is strong and cherished.

A history of Ireland

One of Europe's oldest nations is the Republic of Ireland. Its people and culture have changed over many centuries. Ireland has a long history that dates back to prehistoric times and has shaped the country we know today. A land of magical creatures, national heroes, and brave warriors is depicted in ancient Irish tales. The island was divided into open plains and forested areas. Boats or horses were used to travel across them. Ireland's location in the Atlantic Ocean contributed to the development of a vibrant culture that was heavily influenced by British and mainland European trading partners. The first settlers in Ireland arrived long before the Celts, according to Stone Age and Bronze Age archaeological finds. The country's language and culture were shaped by these individuals. They did farming and fishing, built megalithic structures, and lived in hill forts. The Celts' arrival in Ireland around 500 BC had a significant impact on the island's history and culture. Irish music, mythology, art, and dance are just a few examples of the many aspects of Celtic culture that are still in use today. Christianity arrived in Ireland during the Middle Ages, and the Irish people adopted the new religion. During this time, powerful families also grew and trade with other nations developed. At the end of the 8th century, the Vikings made their way to Ireland. They brought with them a unique culture that blended in with the Irish culture that was already there. The Irish struggle for independence in the late 19th and early 20th centuries is just one example of the country's long history of political strife and rebellion. Ireland finally declared independence in 1922, following the War of Independence in 1921-1922, after centuries of struggle and several failed uprisings. A constitution for the Republic of Ireland was enacted. All citizens, regardless of religion, would be treated equally, according to this constitution. Ireland is a modern, vibrant nation that is proud to be a member of the European Union. Its people's resilience and strength are evidence of their long and proud history, and the world celebrates its rich culture and history. The people of Ireland have worked hard to build a vibrant, modern nation that celebrates its rich history and tradition, despite centuries of struggle.

5 questions to help you come up with Irish names

Can I use the random Irish names that this tool creates?

How many ideas can I generate with this Irish Name Generator?

The Irish Name Generator can generate thousands of ideas for your project, so feel free to keep clicking and at the end use the handy copy feature to export your Irish names to a text editor of your choice. Enjoy!

What are good Irish names?

There's thousands of random Irish names in this generator. Here are some samples to start:

More on Irish names across the web

Can't get enough of generating Irish names? Then continue exploring: