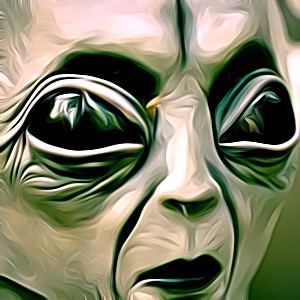 Use this Alien Name Generator to find countless random alien names for your next gaming adventure, story or any other kind of project. Enjoy!

Thousands of random alien names for your next project are available through this generator. Embark on your next sci-fi adventure and explore the strange and intriguing species that populate the planets out there. Names are suitable for a variety of universes such as Star Trek, Babylon 5, Stargate, or just plug them into your own universe!

In case you’re looking for planet names, check out our alien planet name generator as well.

The universe of sci-fi fiction is populated with a wide range of alien species. From the benevolent E.T. of Steven Spielberg’s classic movie to the insectoid aliens of the epic Battlestar Galactica series, science-fiction has been captivating audiences with tales of these extra-terrestrial life-forms for many years. Aliens have often been used as a metaphor for understanding our own existence and the interaction between different worlds. Science-fiction's exploration of alien beings not only provides us with the opportunity to escape our reality and immerse ourselves in fantastic, interstellar milieu, but also offers a unique insight into the shifting dynamics between different species.

One of the most common types of aliens which appear in sci-fi stories are humanoid species. They tend to look almost exactly like humans, with perhaps a few standout features such as pointy or differently colored ears or different eyelids or additional limbs. Due to the physical similarity, these aliens are often attributed with human-like emotions, such as compassion or empathy, however the explanation for such behaviour is often mysterious and inspiring. Characters of this variety are often explored in stories that explore social dynamics between other species, and even between individual members of the same species.

On the other end of the spectrum, sci-fi often includes more monstrous or non-humanoid aliens. These range from giant, planet-destroying cosmic gods and powerful aliens with superior strength or psychic abilities, to smaller, more insectoid creatures. Science-fiction literature such as H.G. Wells’ War of the Worlds explored the power imbalance between such creatures and humanity. Many of these species are often portrayed as vicious, dangerous and hostile, but this is not always the case. Aliens of this variety can also be depicted as helpful and gentle, or even as misunderstood or misjudged.

A third variety of aliens found in fiction are those which are very much like animals or plants on Earth. They often appear as friendly, cute creatures whose behavior is based on instinct, or as strange and mysterious otherworldly forces of nature. Such creatures are often present in stories which explore our relationship with the natural world, or if they are sentient, our relationship with the unknown. Such aliens often provide a way to gain an understanding of our own place in the wider universe, as well as in our own planetary ecosystem.

Other aliens depicted in science-fiction are those which are neither monstrous or humanoid.The classic Doctor Who series featured a variety of creatures from different galaxies which were presented as unique and intelligent beings. Similarly, Star Wars features a wealth of creatures from all corners of the galaxy, including the Hutts, Wookiees and many others. These aliens are often used to explore philosophical and ethical questions, as well conveying the idea of different species living together in harmony.

Science fiction has been captivating audiences with tales of alien species for many years, and there are seemingly no limits to the variety of extra-terrestrial lifeforms which can be imagined. Whether it be giant cosmic gods, humanoid aliens or cute and cuddly creatures from the far reaches of space, alien beings have provided us with a unique perspective on our own existence, and continue to captivate us with stories of otherworldly wonders.

5 questions to help you come up with alien names

Can I use the random alien names that this tool creates?

How many ideas can I generate with this Alien Name Generator?

The Alien Name Generator can generate thousands of ideas for your project, so feel free to keep clicking and at the end use the handy copy feature to export your alien names to a text editor of your choice. Enjoy!

What are good alien names?

There's thousands of random alien names in this generator. Here are some samples to start:

More on alien names across the web

Can't get enough of generating alien names? Then continue exploring: