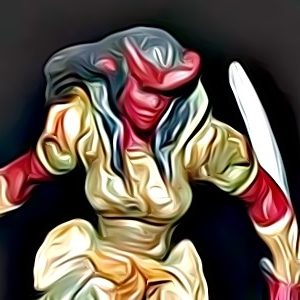 Use this Tiefling Name Generator to find countless random Tiefling names for your next gaming adventure, story or any other kind of project. Enjoy!

Tieflings are a race of creatures that hail from the Elemental Chaos. They are often mistaken for devils, but they are not devils. Tieflings are born with a spark of magic in them, which gives them a unique ability to tap into the elements. Tieflings can also be good or evil, depending on their choices and actions.

Tieflings are a race of fiends who hail from the plane of fire. Their eyes are always ablaze with greed and malice, and their skin is scorched and cracked. They have horns on their heads, talons on their feet, and aforbs that whip about when they're agitated.

What are tieflings' powers?

Tieflings possess the ability to convert mana into fire and use it for various spells and attacks. Other tiefling powers include the power to create fireballs, create illusions, and control flames.

How are tieflings named?

Tieflings are commonly called "fiends" by other races, and their fiery nature often leads to them being named after fire-related creatures, such as dragons. The tiefling name is typically picked when the tiefling is born or soon after, and it cannot be changed.

How do you play a tiefling character in D&D?

Tieflings are a tricky race to play in Dungeons and Dragons. They have the ability to change their skin color, so players need to be careful not to make assumptions about their character's alignment. Tieflings are also known for their magical abilities, so it can be hard to find a role for them in most groups. However, there are a few ways to play a tiefling in the game. One way is to focus on their magical abilities and use them to help your party. Another option is to focus on their rebellious nature and use that as your character's main trait. Whatever you choose, remember that tieflings are just like any other person and should be treated as such.

The portrayal of tieflings in different fantasy worlds and settings

Since their introduction in Advanced Dungeons and Dragons in 1994, Tieflings have existed as a race in fantasy worlds. Since then, their popularity has increased, and they now appear in numerous other fantasy worlds and settings, including Pathfinder and Magic: The Elder Scrolls, The Gathering, and even in well-known video games like Dungeons and Dragons Online. Tieflings are a race of humanoids, who are intensely founded on human hereditary qualities with the expansion of insidious elements. Depending on their lineage, they may also have mottled skin, horns, spiked tails, pointed teeth, or claws. In addition to their physical differences, tieflings are frequently depicted as brave, passionate, and fearless adventurers. They are frequently depicted as outcasts and stand out from other races due to their gloomy, ominous nature. They are exciting characters in many stories because they are frequently perceived as dangerous and unpredictable. The kind of story, the setting, and the source material all influence how tieflings are portrayed. They are typically depicted as brash and chaotic in Dungeons and Dragons, whereas in Pathfinder, they tend to be more morally ambiguous. They are depicted as powerful and driven individuals in the Elder Scrolls series, but their devilish ancestry causes them to be shunned by society. On Magic: Tieflings are adept landwalkers and spellcasters in The Gathering. Tieflings are frequently used as powerful warriors and warriors of justice in video games. Tieflings remain a fascinating race that continues to captivate gamers and readers alike, regardless of how they are depicted in various fantasy worlds. In contrast to the more typical heroic roles of other races, they offer an exciting and one-of-a-kind contrast. They are also a popular choice for many fantasy authors and game designers due to their devilish features, which frequently add an additional layer of mystery and intrigue to stories. In conclusion, it is abundantly clear that the tiefling is a well-known race in fantasy settings. Despite the fact that their depictions may vary from setting to setting, they remain an intriguing and adaptable race that adds a novel twist to numerous tales. Tieflings are still one of the most popular fantasy races due to their mysterious and passionate nature.

5 questions to help you come up with Tiefling names

Can I use the random Tiefling names that this tool creates?

How many ideas can I generate with this Tiefling Name Generator?

The Tiefling Name Generator can generate thousands of ideas for your project, so feel free to keep clicking and at the end use the handy copy feature to export your Tiefling names to a text editor of your choice. Enjoy!

What are good Tiefling names?

There's thousands of random Tiefling names in this generator. Here are some samples to start:

More on Tiefling names across the web

Can't get enough of generating Tiefling names? Then continue exploring: