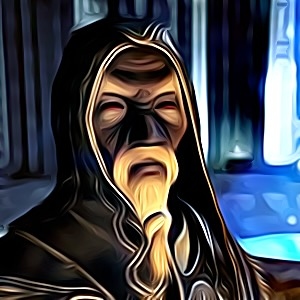 Use this Drow Name Generator to find countless random Drow names for your next gaming adventure, story or any other kind of project. Enjoy!

Where do the Drow come from?

The drow come from the Underdark, a vast network of caverns and tunnels that run beneath the surface of the world. They are a dark-skinned race of elves who are revered for their skill in magic and combat. The drow were once part of the elven race, but they were cast out after a great war between the two factions. The drow now live in city-states that are ruled by powerful witch queens. These cities are filled with treacherous politics and deadly intrigue. The drow are a dangerous people, and they will stop at nothing to achieve their goals.

Where did the name Drow originate in Tamriel?

There are several possible origins for the name "Drow" in Tamriel. One popular theory is that the name is derived from the Aldmeri word for "night", which would make sense given their dark complexion and affinity for underground caves and tunnels. Another possibility is that the name comes from the Dwarves, who used to live in great numbers beneath the surface of Tamriel before they were driven out by the Daedra. In their language, "Drow" means "fear" or "terror", which is an apt description for these fearsome creatures.

Whatever the true origin of their name, one thing is certain: Drow are not to be underestimated. They are masterful warriors and sorcerers, and their natural agility and stealth make them deadly opponents in combat.

Drows are a magical race of humanoids, sometimes referred to as Dark Elves. They are frequently prominently featured in works of fantasy and are typically associated with darkness and chaos. The drow, whose roots lie in European folklore, have long been prominent figures in fantasy literature. The drow were evil beings who made use of the night to their advantage in mythology. It was said that they were cruel and malicious con artists. These tales were written by authors like Edmund Spencer and William Shakespeare, who used the drow as an example of a wicked character. However, the drow are frequently depicted as a much more complex and rich race in fantasy games. The majority of video games portray the drow society in much more nuanced ways, despite the fact that some of them maintain their sinister reputation. In Dungeons & Dragons, the drow play a variety of social roles and are a part of a larger elven culture. Because of their moral ambiguity, some drow are even depicted as heroic. The drow have existed in fantasy literature since the 1940s, when authors like J. R. R. Tolkien wrote about them. According to his writings, the drow are a feared race of dark elves who can be friendly or evil at times. R. A. Salvatore and other later authors would develop their own interpretations of the drow based on Tolkien's work. The drow are still portrayed as a powerful and frequently villainous race in contemporary fantasy works, but they are also shown to be much more than that. With a focus on the dark arts and often a respect for the natural laws of the world, they are frequently depicted as highly intelligent. They are frequently depicted in video games as complex characters with numerous roles within the world of the game. The drow are a fascinating race with a long and interesting history, and they still play a significant role in a lot of fantasy works today. Even though they still have a connection to chaos and darkness, they are often presented in a more nuanced way to emphasize their complexity. The drow will always play an important role in the fantasy genre, whether they are heroes or villains in the story.

5 questions to help you come up with Drow names

Can I use the random Drow names that this tool creates?

How many ideas can I generate with this Drow Name Generator?

The Drow Name Generator can generate thousands of ideas for your project, so feel free to keep clicking and at the end use the handy copy feature to export your Drow names to a text editor of your choice. Enjoy!

What are good Drow names?

There's thousands of random Drow names in this generator. Here are some samples to start:

More on Drow names across the web

Can't get enough of generating Drow names? Then continue exploring: