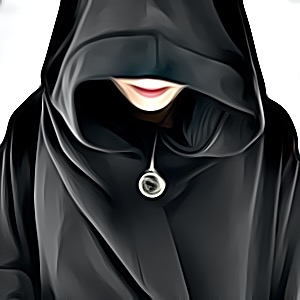 Use this Witch Name Generator to find countless random witch names for your next gaming adventure, story or any other kind of project. Enjoy!

What are witches in folklore?

A witch is a woman in folklore who is often portrayed as having supernatural powers. She may be able to cast spells, fly on a broomstick, or make potions. Witches are often associated with evil, and many stories involve them using their powers to harm others. In some cultures, witches are also believed to be able to tell the future or read people's minds.

Witchcraft has long been a part of human folklore and mythology. In many cultures, witches are feared for their supposed powers of evil. In others, they are revered as wise women with the ability to heal and help those in need. No matter what their reputation is, witches are sure to add an element of intrigue and excitement to any story.

What are witches in fantasy fiction?

Witches in fantasy fiction come in all shapes and sizes. Some are good, some are evil, and some are somewhere in between. They might have magical powers, or they might be able to transform themselves into animals. They might cast spells, or brew potions. Whatever their powers, they are sure to be a force to be reckoned with.

There have been many famous witches throughout history. Some were said to be able to fly, turn people into animals, and make potions that could cure the sick or kill the living. Others were simply women who didn't conform to society's expectations and were accused of being in league with the devil.

One of the most famous witches was Joan of Arc. In 1431, she was put on trial for heresy and witchcraft after leading the French army to several victories against the English. Joan claimed that she had received visions from God telling her to lead the army, but she was ultimately burned at the stake.

Another well-known witch is Mother Shipton. She was born in England in 1488 and was said to be able to predict the future. Her prophecies included the Great Fire of London and the defeat of the Spanish armada.

5 questions to help you come up with witch names

Can I use the random witch names that this tool creates?

How many ideas can I generate with this Witch Name Generator?

The Witch Name Generator can generate thousands of ideas for your project, so feel free to keep clicking and at the end use the handy copy feature to export your witch names to a text editor of your choice. Enjoy!

What are good witch names?

There's thousands of random witch names in this generator. Here are some samples to start:

More on witch names across the web

Can't get enough of generating witch names? Then continue exploring: