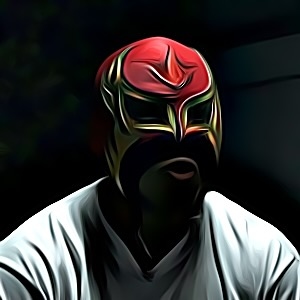 Use this Wrestler Name Generator to find countless random wrestler names for your next gaming adventure, story or any other kind of project. Enjoy!

How do wrestlers come up with their names?

When it comes to creating a wrestling persona, coming up with the right name is key. A wrestler's name should be memorable, unique, and appropriate for their gimmick. Many wrestlers take their name from pop culture references, inside jokes, or things that have personal meaning to them. Others simply make up a name that they think sounds tough or cool.

Some wrestlers have multiple names that they use at different points in their career. For example, "Stone Cold" Steve Austin started out as "The Ringmaster" before settling on the name that would make him a household name. John Cena began his career as "The Prototype" before becoming the popular rapper-turned-wrestler that we know today.

No matter what your wrestling name is, it's important to have one that you're comfortable with and that represents you well.

What is the history of wrestling as a sport?

Wrestling is a sport with a long and rich history. It is believed to have originated in ancient Greece, and was a popular form of entertainment in Rome. Wrestling continued to be popular throughout the Middle Ages and the Renaissance, and has remained popular to this day.

Wrestling is a physically demanding sport that requires strength, agility, and stamina.

5 questions to help you come up with wrestler names

Can I use the random wrestler names that this tool creates?

How many ideas can I generate with this Wrestler Name Generator?

The Wrestler Name Generator can generate thousands of ideas for your project, so feel free to keep clicking and at the end use the handy copy feature to export your wrestler names to a text editor of your choice. Enjoy!

What are good wrestler names?

There's thousands of random wrestler names in this generator. Here are some samples to start: