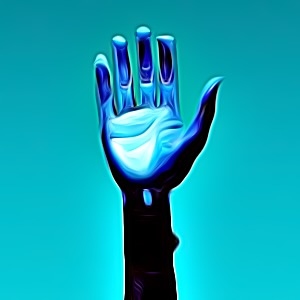 Use this Robot Name Generator to find countless random robot names for your next gaming adventure, story or any other kind of project. Enjoy!

What is the history behind robots?

Robots are increasingly becoming a staple in many industries, with their use growing more widespread every day. But where did robots come from? How did they evolve into the machines we know today?

Most people trace the history of robots back to the ancient Greek myth of Hephaestus, the god of fire and metallurgy, who created automatons to help him in his workshop. However, the first recorded use of the word "robot" was in a 1920 play by Czech writer Karel Capek called R.U.R.

Robotics are the future of industry, providing solutions to problems that appear ever-more complex as technology advances. From manufacturing products to aiding in complex surgery, robots are becoming an indispensable component in many different fields. Despite their prevalence and importance, the question of how exactly robots are made has gone largely unanswered. By providing a closer look into the production and design of robots, it is possible to gain an insight into their potential and the incredible possibilities that are a part of the future of robotics.

The first step in robot building is the creation of a robot body. The body of the robot is essential for it to be able to traverse a given environment and interact with it. Bodies can be fashioned out of a variety of materials, from polymer fibres and metal plates to the plastic blocks found in toy robots. The structure of the robot will be largely determined by the robot’s intended use, as military robots need to be stronger and more agile than their non-military counterparts. This is why the body of a combat robot may have thicker exterior plates while a domestic robot may be thin and feature a more human-like form.

In addition to its body, a robot must have several other components in order to function correctly. Motor controllers and electronic circuit boards will allow it to move, process information, and communicate with the outside world. These components must be wired together in a way that allows them to interact with the body of the robot and the external environment in order to allow it to carry out its intended tasks. Sensors and actuators must also be installed in order for the robot to detect its environment and respond to it. Appropriate safety measures, such as shock absorbers, are also installed in order to protect the robot from any potential damage.

The robotics industry is also making ever increasing use of artificial intelligence, or AI. AI allows robots to respond to their environment like a human would, making them more effective at carrying out tasks. By using AI, robots are able to use their sensors and actuators to assess the environment and choose the most appropriate course of action, potentially performing complex tasks without human intervention. The AI and learning algorithms used in robot brains are constantly improving, making robots ever more capable of interacting with their environment.

The hardware components of a robot are only one part of the puzzle. Once the hardware has been assembled it is up to programmers to translate their vision into code and tell the robot how to carry out its tasks. Programs controlling the AI, motion, behaviour and training are all crafted to make the robot as efficient and effective as possible at completing its given task.

Robot construction is a complex process requiring expertise in robotics, programming, AI, and electronics. However, through advances in technology and improvements in software and hardware design, it is becoming ever simpler to build robots, making them available to an increasing number of people. Robotics is revolutionizing the world – robots are providing solutions, helping to make lives easier, and playing central roles in many different spheres. With these advances, robotics are also becoming increasingly affordable, making it possible for more people to use robots as a vital tool in their work.

5 questions to help you come up with robot names

Can I use the random robot names that this tool creates?

How many ideas can I generate with this Robot Name Generator?

The Robot Name Generator can generate thousands of ideas for your project, so feel free to keep clicking and at the end use the handy copy feature to export your robot names to a text editor of your choice. Enjoy!

What are good robot names?

There's thousands of random robot names in this generator. Here are some samples to start:

More on robot names across the web

Can't get enough of generating robot names? Then continue exploring: