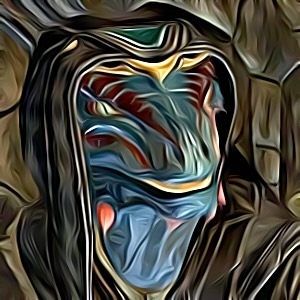 Use this Argonian Name Generator to find countless random Argonian names for your next gaming adventure, story or any other kind of project. Enjoy!

Where do Argonians come from in The Elder Scrolls?

Argonians are a race of intelligent lizard people who come from the province of Black Marsh, in the southern part of Tamriel. They are known for their stealth and agility, as well as their ability to breathe underwater.

The Argonians have a long and rich history, dating back to the early days of Tamriel. They were once a proud and powerful race, but their homeland was invaded by the Akaviri in the First Era. The Akaviri enslaved the Argonians and forced them to fight in their wars.

When the Akaviri were defeated, the Argonians regained their freedom. They soon became one of the most powerful races on Tamriel, thanks to their natural athleticism and combat skills. However, their homeland was again invaded by the Imperials during the Second Era. The Argonians were once again enslaved, this time by the Empire.

The Unique Qualities of Argonians in Elder Scrolls

Argonians are one of the races found in The Elder Scrolls fantasy role-playing franchise. Argonians, also known as Saxhleel, are a reptilian species native to the Black Marsh province located in Tamriel. They are known for their resilience, intelligence, and strong connection to nature, among other qualities. These traits give the Argonians a unique identity that is intertwined with the history, culture and landscape of Black Marsh.

Argonians are amphibious, and they possess a natural resistance to diseases that plague people and other creatures. This resistance comes from their preference for living in a swamp environment, as well as their ability to regenerate if they become sick. Argonians also have an affinity for nature and the environment, allowing them to traverse difficult terrain or survive in inhospitable environments that would be dangerous for most other creatures. The Argonians also have a special connection to the Hist trees of the marsh lands, able to commune with them and bond with them.

Argonians are also known to be very intelligent and resourceful. They are able to use the resources available to them to devise ingenious solutions to difficult problems. This intelligence can make them very shrewd and cunning when needed, making them excellent negotiators or spies. The Argonians are also loyal, fiercely protective of their tribe, families, and friends. It is said that if one does a service for an Argonian, no matter how small, it is repaid in loyalty unlike any other race.

The Argonians have a strong sense of identity and belong to distinct tribes. They are fiercely proud of their culture, customs, and traditions. The Saxhleel also have their own language, architecture, music, art, and almost a form of government. The Argonian culture can be seen in the totem poles, thatched houses and native garb that can be found in Black Marsh.

Argonians also have a unique set of spiritual beliefs and a unique relationship with the gods of Tamriel. Many tribes worship creatures that inhabit the swamps known as Hallow Dog. They also venerate Hist trees and look to them for guidance in times of trouble. Some of the Argonian tribes also worship Hircine, a god of the hunt. These unique beliefs, rituals and practices strengthen their distinct culture and give them an identity that sets them apart from other races.

The resilience, intelligence, strong identity and connection to nature make the Argonians a unique race whose culture and traditions add to the richness and vibrancy of Elder Scrolls. The close bond they have with their environment also reveal a strong respect for nature and the creatures that inhabit it. This is one of the qualities that makes the Argonians a fantastic and interesting race to explore in the Elder Scrolls franchise.

5 questions to help you come up with Argonian names

Can I use the random Argonian names that this tool creates?

How many ideas can I generate with this Argonian Name Generator?

The Argonian Name Generator can generate thousands of ideas for your project, so feel free to keep clicking and at the end use the handy copy feature to export your Argonian names to a text editor of your choice. Enjoy!

What are good Argonian names?

There's thousands of random Argonian names in this generator. Here are some samples to start:

More on Argonian names across the web

Can't get enough of generating Argonian names? Then continue exploring: