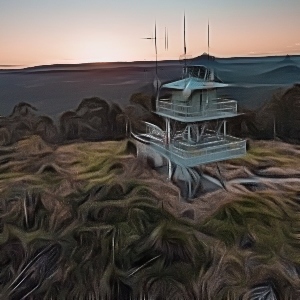 Use this Outpost Name Generator to find countless random outpost names for your next gaming adventure, story or any other kind of project. Enjoy!

What is the use of outposts?

An outpost is a small military base that is typically located in a remote or hostile area. Outposts are used to monitor enemy activity, provide security for larger bases, and carry out offensive operations. They are usually manned by a small number of troops who must be able to defend the outpost against enemy attack.

A history of outposts

Since the Mesopotamian people established fortified colonies close to their home cities in 4000 BC, outposts have existed. Outposts began to be used by rulers for a variety of reasons as civilizations developed into more structured societies. Rulers were able to expand their power, safeguard trade routes, and even stake their claim on new lands thanks to outposts, which played an essential role in both domestic and international defense and exploration. Outposts were the first settlements established by military leaders to provide the local government with a strategic foothold. Leaders could monitor neighboring nations, control enemy movements, and keep an eye on roads and waterways from these outposts. In their conquest of the Mediterranean, the ancient Romans made use of outposts, with fortifications on almost all major provinces and major islands. Outposts were developed and improved over time as weapons of war. By the Middle Ages, castles—also known as "outposts"—had become an important part of European warfare because of their strategic location, which allowed rulers to expand their territories. The Americas' colonization also made use of outposts. Spanish conquistadors established outposts in Central and South America in the 16th century. The Spanish were able to expand their power and improve their defensive strategies by establishing these outposts, which were frequently military camps. Through the Age of Exploration and into the modern era, outposts remained in use. Outposts in the form of forts were built during the American Revolution, allowing American troops to secure and defend their positions while also keeping an eye on where the enemy was going. Outposts like military stations and the telegraph revolutionized communications in the nineteenth century, making it possible for nations to instantly exchange information and evacuate troops. Outposts are still in use today, but the term may be used in a broader sense than it was in the past. Special-ops teams or reconnaissance units keep watch over strategic positions or secure crucial data or resources at outposts, making them an essential component of military strategy. In addition, some outposts are now used for business, with workers stationed there to maintain pipelines or oversee the construction of remote power plants. Outposts have long been essential tools in both warfare and exploration, no matter how they are used. Outposts have allowed rulers to expand their power and safeguard their people for millennia. Outposts still have an impact on the world today, ranging from military outposts and pipelines to defensive castles.

Can I use the random outpost names that this tool creates?

How many ideas can I generate with this Outpost Name Generator?

The Outpost Name Generator can generate thousands of ideas for your project, so feel free to keep clicking and at the end use the handy copy feature to export your outpost names to a text editor of your choice. Enjoy!

What are good outpost names?

There's thousands of random outpost names in this generator. Here are some samples to start: