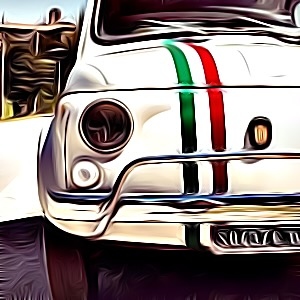 Use this Italian Name Generator to find countless random Italian names for your next gaming adventure, story or any other kind of project. Enjoy!

What is the importance of names in Italian culture?

Italian names have a significant presence in Italian culture. They are used as first and last names, middle names, and surnames. Italians often give their children traditional Italian names that reflect their heritage or personality. These names can be difficult to pronounce for non-italians, but they are prized for their significance in the culture. Italian surnames also play an important role in society. They identify individuals with their families and place of origin. The various traditions surrounding Italian naming customs have contributed to the unique character of Italian culture.

Italy is located in southern Europe, on the Italian peninsula and is bordered by the Adriatic, Ionian, Tyrrhenian, Ligurian and the Mediterranean seas. Historically, Italy has a rich culture and has been deeply influenced by its neighbours, including the Greeks, Celts, Arabs and Etruscans, among others. Despite its turbulent history, Italy has emerged as one of the world's most influential countries in terms of art, culture, cuisine and lifestyle.

Italy's recorded history dates back to the 7th century BC, and its inhabitants were a mix of cultures and ethnicities, including Etruscans, Greek, Germanic, and Celtic. By the 4th century BC, the Roman Empire had become one of the major powers of the Mediterranean. Italy was unified as a country in 1861, and Rome was declared the capital city in 1871.

The period from 1861 to 1945 was a time of major social and economic changes in Italy. The country's industrialisation brought advances in technology, international trade and communication. This period also marked the emergence of a strong middle class and a rise in democracy and social justice. During the same period, Italy had numerous military successes, with the Kingdom of Italy conquering the island of Libya in 1911 and the Italian conquest of Ethiopia in 1936.

During World War II, Italy fought alongside Nazi Germany and Japan until entering the Allied forces in 1943. After the war, Italy became a major member of the European Union, the G8 and NATO. In 1992, Italy adopted the Euro as its currency and joined the European Monetary Union.

From the late 20th century to today, Italy has remained a strong economic power, with a strong service sector and a well-developed infrastructure. The country's economy is mainly based on its agricultural and industrial production. Today, Italy is one of the world's foremost cultural and fashion centers and its cuisine has been recognized as one of the most sophisticated in the world.

Italy has been an important centre of culture since its founding and its influence can be seen in various European countries. Its capital, Rome, is one of the most visited cities in the world and its iconic attractions, such as the Colosseum and the Sistine Chapel, make it a major tourist destination. Italy’s vast coastline, its rich history, and its unrivalled culture attract millions of visitors each year.

Today, Italy is among the wealthiest countries in the world and continues to enjoy economic success and political stability. While the country has gone through periods of turbulence and war, Italians have maintained a strong sense of national pride and an admiration for creativity, quality and innovation – characteristics that have been part of their history for centuries.

5 questions to help you come up with Italian names

Can I use the random Italian names that this tool creates?

How many ideas can I generate with this Italian Name Generator?

The Italian Name Generator can generate thousands of ideas for your project, so feel free to keep clicking and at the end use the handy copy feature to export your Italian names to a text editor of your choice. Enjoy!

What are good Italian names?

There's thousands of random Italian names in this generator. Here are some samples to start:

More on Italian names across the web

Can't get enough of generating Italian names? Then continue exploring: