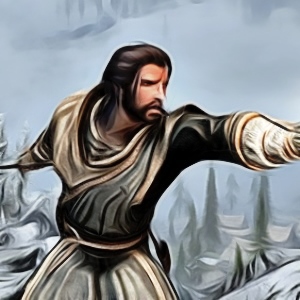 Use this Breton Name Generator to find countless random Breton names for your next gaming adventure, story or any other kind of project. Enjoy!

What is a Breton in The Elder Scrolls?

The Elder Scrolls is a popular video game series that takes place in the fictional world of Tamriel. In the games, players can choose to play as any of the 10 races that are available. One of those races is the Bretons.

Bretons are a human race that comes from the province of High Rock. They are known for their intelligence and their magical abilities. However, they are also known for their skills in diplomacy and commerce.

Bretons make up a large portion of the population in High Rock and they can be found all over Tamriel.

What do Bretons excel at?

Breton names are often beautiful sounding and have a certain air of mystery to them. Bretons excel at creating art, whether it be paintings, sculpture, music, or writing. They are also excellent at magic and many Breton names reflect this fact.

The Arrival of the Bretons in Skyrim

Skyrim, the northernmost province in Tamriel, has had a complex and varied history. From the ancient Nords of Ysgramor to the more recent Imperials, the people who have influenced and shaped the culture of the region are many. Among these diverse people, the Bretons make up a unique and important part of the history of Skyrim.

The Bretons arrived in Tamriel around 1E 26, making them one of the oldest human races in Tamriel. They came as part of a migration of people from the continent of Atmora, a once verdant land now covered in eternal winter and snow. Seeking a better life, the Bretons made their way to the mainland, eventually settling in the southern province of High Rock. Through the centuries, their culture and language spread throughout Tamriel, and eventually even reached Skyrim.

The Bretons started to appear in Skyrim as early as 1E 280, when the city of Solitude was established. In the time of the kingdom of Haafingar, the Bretons had a significant presence in the province and a distinct culture, evidenced by the existence of Breton settlements and a distinct Breton language. As the city-state of Solitude grew in influence and power, the Bretons flourished and their influence spread south and east, further establishing their presence in Skyrim.

From the Age of Oppression until the reign of the modern Empire, the Bretons have been an influential part of the politics, culture, and people of Skyrim. During the Age of Oppression, the Bretons were amongst the first to rise against the rule of the dragons, making them key players in the liberation of Skyrim and the formation of the modern Empire. When the Stormcloaks rose in rebellion against the Empire, the Bretons remained true to their loyalty to the Empire, staunchly defending their lands and aiding in the suppression of the rebellion.

The Bretons have also had a significant and long-lasting impact on Skyrim’s culture and traditions. They have contributed to the province’s art, particularly in the fields of painting and sculpture, and their religion and mythology have been woven into popular folklore. In addition, the Bretons have been key players in the development of the province’s major cities, particularly in Solitude and Markarth, where their architecture has shaped the way these places appear today. After centuries of occupation and rule, the Bretons have become a pervasive and permanent part of Skyrim’s history.

5 questions to help you come up with Breton names

Can I use the random Breton names that this tool creates?

How many ideas can I generate with this Breton Name Generator?

The Breton Name Generator can generate thousands of ideas for your project, so feel free to keep clicking and at the end use the handy copy feature to export your Breton names to a text editor of your choice. Enjoy!

What are good Breton names?

There's thousands of random Breton names in this generator. Here are some samples to start:

More on Breton names across the web

Can't get enough of generating Breton names? Then continue exploring: