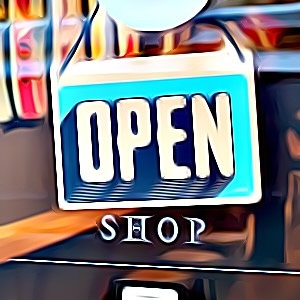 Use this Shop Name Generator to find countless random shop names for your next gaming adventure, story or any other kind of project. Enjoy!

When did humans open their first shops?

The first shops were likely opened by early humans during the Neolithic period, around 12,000 years ago. These early shops were probably very simple, selling only a few basic items like food, tools, and clothing. As trade and commerce began to grow more complex, so too did the shops that human beings operated. By the Middle Ages, there were already a wide variety of shops selling everything from books to weapons to spices. Today, of course, there are shops of all types selling just about anything one could want or need. It is safe to say that human beings have been operating shops for thousands of years and that this tradition is likely to continue into the future.

How are shops typically designed in video games?

In video games, shops are typically designed as places where players can buy items. These shops are usually located in towns or cities, and they often have signs that say "Shop" or "Merchant". Items that can be bought in shops include weapons, armor, food, and other items that can be used in the game. Prices for these items are usually displayed in the shop, and players can haggle with the shopkeeper to get a better price.

A history of shops

Shopping can be traced back to the very beginning of civilization, when people had to look for the things they needed to survive. The concept of buying and selling goods and services evolved with population growth, resulting in the development of the "shop." Throughout history, shops and stores have taken many different forms. Merchants could sell their goods at a variety of open markets in ancient Greece and Rome. There was more to these markets than just buying and selling; They served as hubs for ideas and communication. Additionally, they were places of gathering and provided a social cushion during difficult times. The majority of shops in medieval cities and villages were situated close to churches or city gates. Although they frequently had to abide by stringent rules set by city governments, they offered necessities like food, clothing, medicines, and tools. Even though these were the forerunners of today's retail establishments, craft and commodity trade was limited to guilds. Industrialization resulted in the emergence of early modern shops in the 1700s. The way products were made and sold changed when new methods and materials were introduced. While shops began to incorporate large retail models, manufacturers began to specialize in mass-produced goods. These establishments frequently housed multiple merchants within a single establishment and were larger than their predecessors. The department store concept was also introduced during the industrial revolution. Innovators like John Wanamaker, who opened the first department store in 1876, developed this kind of store. The vast complexes that comprised department stores were filled with a diverse selection of goods. Customers were able to purchase multiple items from a single location, which made it simpler for them to shop for a variety of goods. At the beginning of the 20th century, shopping shifted from being done in person to being done online. This was partly due to the need for convenience, but also because new technologies like the telephone, radio, and television came out. People were able to buy things from catalogs and other sources without ever leaving their homes thanks to this. However, even after the advent of e-commerce in the 1990s, the physical store quickly established itself as a significant component of the shopping experience. The way people shop has changed a lot since the internet came out. Shoppers can now, more than ever, find deals, compare prices, and make purchases from all over the world from the convenience of their own living rooms. Subscription services and online auctions are two examples of the new ways to buy that have emerged as a result of the internet. The idea of "shopping" has evolved significantly over time. The way we shop has changed over time from private negotiations in small shops and markets to global online transactions. From the time we wake up until the time we go to bed, shopping is an essential part of modern life.

5 questions to help you come up with shop names

Can I use the random shop names that this tool creates?

How many ideas can I generate with this Shop Name Generator?

The Shop Name Generator can generate thousands of ideas for your project, so feel free to keep clicking and at the end use the handy copy feature to export your shop names to a text editor of your choice. Enjoy!

What are good shop names?

There's thousands of random shop names in this generator. Here are some samples to start:

More on shop names across the web

Can't get enough of generating shop names? Then continue exploring: