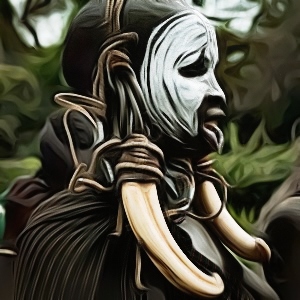 Use this Tribal Name Generator to find countless random tribal names for your next gaming adventure, story or any other kind of project. Enjoy!

How are people living in tribes typically named?

The History of Tribes

Tribes have been part of human history for millennia. Tribes can be found all over the world, from the jungles, deserts, and remote mountain regions of Asia and South America, to the Arctic regions of North America and Europe. While the way people define a tribe is ever changing, there are certain aspects that are intrinsic to tribal life and have remained tied to tribes since their earliest formation.

Tribes are typically small, consisting of members of a single society — from individual families to a few hundred members — living together in an isolated or remote area. They tend to share a common language, cultural customs, and set of spiritual beliefs or values. Tribal members rely on the group for protection, to resolve conflicts and disputes, and to provide assistance. As relationship ties strengthen and group identity increases, mutual obligations and formal rules become more distinct and important.

Tribes have been documented in nearly every geographic region, following many different forms of social organization — from bands and clans, to hierarchical chiefdoms and eventually, state level societies. Most of these communities had an established hierarchy, rules, and structure that allowed them to govern fairly well and then react to changes in the environment. Systems of communication and trade were also in place, allowing tribal members to connect with each other in order to conduct business and to share news.

Tribes have acted as cultural and societal leaders throughout human history, adapting and innovating to overcome challenges and taking advantage of resources. They often served as a foundation for larger units of society as they strengthened their ability to create a peaceful and prosperous community. As civilizations flourished, tribes were not only able to survive on their own but to contribute to more advanced forms of culture, governance, and economy.

In more recent times, the effects of outside influences on tribal communities have been significant. Colonialism, indigenous rights violation, and present day conflicts over land rights, resources, and nation-state integration have threatened the foundations of many established tribes. In the face of these complexities, tribes have had to work together in order to fight for their own survival while still maintaining their unique culture, traditions, and spiritual relationships.

Today, tribes continue to exist in many parts of the world, working together to preserve their history and identity in the face of modern changes. Through their collective efforts, tribes have been able to create lasting connections to their cultural past — proving to the world their strength and resilience in the face of adversity.

5 questions to help you come up with tribal names

Can I use the random tribal names that this tool creates?

How many ideas can I generate with this Tribal Name Generator?

The Tribal Name Generator can generate thousands of ideas for your project, so feel free to keep clicking and at the end use the handy copy feature to export your tribal names to a text editor of your choice. Enjoy!

What are good tribal names?

There's thousands of random tribal names in this generator. Here are some samples to start: