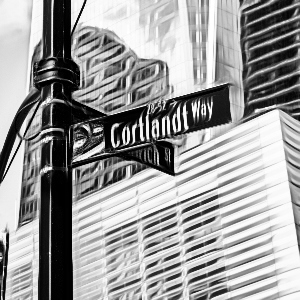 Use this Street Name Generator to find countless random street names for your next gaming adventure, story or any other kind of project. Enjoy!

When did people start naming streets?

The earliest known instance of a street being named for its builder dates back to Ancient Rome, where a man named Vitruvius built a street that was later named after him. In England, many streets were named after the families who owned the land on which they were built. For example, Fleet Street in London was originally named after the River Fleet, which ran through the property.

Today, street names are often chosen by city planners or developers as a way to promote pride in a community or to attract attention to a new development.

What Defines a Street?

What is a street? By definition, a street is a public thoroughfare, typically with a raised sidewalk or path running along one or both sides, providing access for pedestrians to businesses and houses. But, street definition goes far beyond the technical. Streets are repositories for culture, art, and social interaction, among other things. While the literal definition of a street is a physical thoroughfare, the concept of a street encompasses much more than just this.

Streets are public spaces. This public space definition doesn't just refer to the physical area of the street, but also the people within it. A street gets its character and definition from the people living and working on it, as well as people who travel to it. Streets are full of social activities and buzz, making them a reflection of the people who use them. People come together in streets, bringing with them their personalities, cultures, and customs, and creating a mosaic that can't be matched in any other kind of public space. It's this mix of people and their interactions that truly define a street.

Streets are also a home to businesses. Small-scale shops and services line streets, giving life to a neighbourhood and local economy. Streets can bring a lot of character to an area, and attract visitors from elsewhere. Many places are known by their unique street style, with cobblestone roads, independent restaurants and fashion stores making them stand apart from the rest. Streets are also often full of culture, with art galleries, theatres, and music venues making them exciting places to explore.

In modern society, streets are also an important part of transportation. Through streets, we can get from place to place quickly and easily, with cars, buses, and other forms of transportation moving around. Streets are especially important in cities, as they are the main pathways for vehicles to move through. As cities become more dense and developed, streets remain essential to shrink the distance between people. Likewise, streets are important in connecting poorer communities to resources and services.

Lastly, streets are also important representatives of cities and towns. Laid out in many different shapes, sizes and configurations, streets are the hallmarks of any city. Even though some streets remain the same, streets can also evolve, reflecting the culture, history, and development of the city. From U.S. Route 1 in the east coast, to Champs-Élysées in Paris, to the ever-developing Sichuan Road in China, streets carry the stories of their cities.

Streets can therefore mean many things: a physical thoroughfare, a public space, a home to businesses, a form of transportation and a social space, a cultural and historic representative of a city. A single street can hold all of these definitions—connecting people, cultures, and stories.

5 questions to help you come up with street names

Can I use the random street names that this tool creates?

How many ideas can I generate with this Street Name Generator?

The Street Name Generator can generate thousands of ideas for your project, so feel free to keep clicking and at the end use the handy copy feature to export your street names to a text editor of your choice. Enjoy!

What are good street names?

There's thousands of random street names in this generator. Here are some samples to start:

More on street names across the web

Can't get enough of generating street names? Then continue exploring: