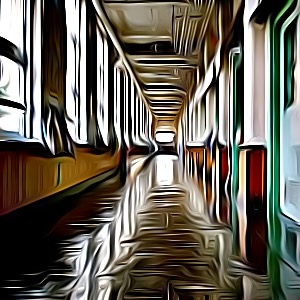 Use this School Name Generator to find countless random school names for your next gaming adventure, story or any other kind of project. Enjoy!

How are schools typically named?

Schools are typically named after the street they are on, the nearby geographic features, or the founder of the school. In some cases, schools are named for their mission or values. For example, a school might be named "peace" or "justice" to reflect its commitment to those values.

How were the first schools founded?

The purpose of these early schools was to teach young people the skills they need to be successful in life. For many centuries, this was the only form of education available. However, as society evolved, so too did the educational system. Today, there are many different types of schools and educational institutions that cater to a wide range of needs and interests.

A history of schools

The remarkable history of schools all over the world can be found here. The evolution of learning and education has progressed a great deal, from the primitive sculptures at Knossos in Crete, which represent the beginning of modern education, to the intricate educational systems in Europe and Asia. There has been primary education for thousands of years. Written records from Ancient Egypt indicate that education was common among the privileged classes. Reading, writing, and mathematics were all covered. The children of their masters were taught by tutors, typically slaves, at home. In the 14th century B.C., the first schools in Ancient Greece were established and taught primarily by philosophers. The study of Greek culture, music, theater, logic, mathematics, and philosophy were among the liberal subjects taught in schools. In the first century B.C., Egypt established the first public school to educate the general public. Throughout the Middle Ages, the Church provided the majority of education. Due to the requirement for educated Christian clergy, universities had been established at the monasteries. Classes in philosophy, mathematics, music, and languages were offered by universities. Priests ran the schools, which mostly taught Latin, Christian doctrine, and classical literature. During this time, schools were also established in Asia and Africa. There were both public and private schools in China that taught literature, history, geography, astronomy, law, and religion. Madrasas, or Islamic schools, were established in Africa to promote Islamic principles. Europe's schooling was becoming more widespread by the Renaissance. The teaching of new academic subjects like history, philosophy, and science began. Boys and girls received separate educations at either public or private schools, with literacy as the primary goal. The educational system of today is vastly different from that of the past. Because they provide education that is relevant to the world of today, schools have evolved into an essential part of society. A comprehensive education that goes beyond the traditional academic disciplines is now a priority in many nations. Online courses and virtual classrooms have become increasingly accessible thanks to technology, which has also played a significant role in the development of education. The history of schools as a whole spans several centuries. It has been a long and fruitful journey, with education and learning constantly evolving over time. It is evident that education has had a significant impact on the development of society, from ancient Greek philosophers to contemporary educational systems.

5 questions to help you come up with school names

Can I use the random school names that this tool creates?

How many ideas can I generate with this School Name Generator?

The School Name Generator can generate thousands of ideas for your project, so feel free to keep clicking and at the end use the handy copy feature to export your school names to a text editor of your choice. Enjoy!

What are good school names?

There's thousands of random school names in this generator. Here are some samples to start:

More on school names across the web

Can't get enough of generating school names? Then continue exploring: