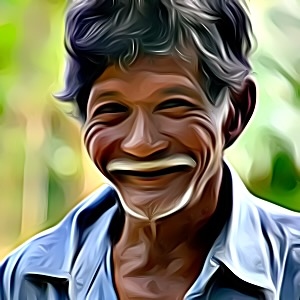 Use this Filipino Name Generator to find countless random Filipino names for your next gaming adventure, story or any other kind of project. Enjoy!

What is the importance of names in Filipino culture?

There is a reason why many Filipinos love having Filipino names. They believe it gives them special privileges and makes them feel like they are part of a unique culture. In fact, some Filipinos even go so far as to say that their Filipino name is more important than their American or European one. This is because they believe that the Filipino name embodies the essence of who they are as a person.

Some people also believe that having a Filipino name can help you get ahead in life.

A history of Filipino culture

The centuries of Spanish colonization as well as influences from its Southeast Asian neighbors have shaped the Philippines' rich cultural history. It is possible to trace the origins of Filipino culture and comprehend how it has shaped Filipino identity today by closely studying the country's traditional arts, music, dance, and cuisine. The Austronesian people, who settled in the Philippines as early as 6,000 B.C., are where Filipino culture got its start. The distinctive Austronesian languages and customs of the early settlers were brought with them. However, in contrast to this indigenous heritage, the cultural landscape of the Philippines was rapidly transformed by the Spanish colonization that began in 1565. The Philippines were significantly influenced by Spanish culture during the time that the Spanish ruled the nation up until 1898. Throughout the nation, elaborately designed churches and architectural structures were constructed while local languages and customs were simultaneously suppressed. During this time, the Catholic Church was also very important in shaping Filipino culture because its teachings had a big impact on music, dance, literature, and art. The early works of Filipino literature, many of which were written in Spanish and had strong religious themes, are particularly indicative of this influence. Spanish colonization also had a significant impact on other aspects of Filipino culture. During this time, Filipino cuisine began to develop, and Spanish staples like paella and sangria were introduced. Adobo and sinigang, two more traditional Filipino dishes, reflected local ingredients like lemongrass, tamarind, ginger, coconut, and chili peppers. During this time, Mexican traditional games like Loteria and Monte were heavily associated with music and dance, which also took on a more Spanish flavor. Southeast Asian neighbors have had a significant impact on Filipino culture in recent times. Particularly, the Philippines has had long-standing cultural and historical ties to China, and Chinese culture has become increasingly ingrained in Filipino culture. Dim sum and other distinctive Chinese dishes were brought to the Philippines by Chinese immigrants, who also contributed in surprising ways to the development of Filipino cuisine. Filipino culture was also influenced by Korea and Japan, two other Asian nations. Art, music, fashion, television, and even the Filipino language and slang all reflect this influence. The culture of the Philippines is one that is constantly changing and adapting to new things. The country's cultural history can be traced back to its traditional art, music, and cuisine by looking closely. The Filipino culture is a one-of-a-kind and vibrant expression of traditions that has contributed to shaping the Filipino identity today. It has evolved from its Austronesian ancestry, through Spanish colonization, and more recently, under the influence of its Asian neighbors.

Can I use the random Filipino names that this tool creates?

How many ideas can I generate with this Filipino Name Generator?

The Filipino Name Generator can generate thousands of ideas for your project, so feel free to keep clicking and at the end use the handy copy feature to export your Filipino names to a text editor of your choice. Enjoy!

What are good Filipino names?

There's thousands of random Filipino names in this generator. Here are some samples to start:

More on Filipino names across the web

Can't get enough of generating Filipino names? Then continue exploring: