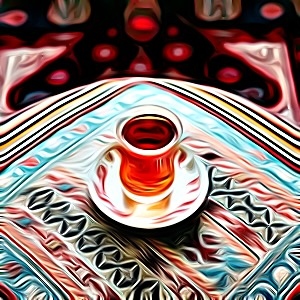 Use this Persian Name Generator to find countless random Persian names for your next gaming adventure, story or any other kind of project. Enjoy!

What is the importance of names in Persian culture?

Persian names hold a great importance in Persian culture. They are often seen as symbols of nobility and respectability, and are generally given to children at birth or soon after. The meaning of a Persian name is often associated with the person who bears it, so it is important for parents to choose names that reflect the child's personality and character.

A history of Persian culture

Over the course of more than three millennia, Persian culture has enjoyed a long and varied history. It continues to have an impact on numerous aspects of modern life and plays a significant role in the Middle East today. The Achaemenid Empire, which is now known as Iran, ruled Persia in the 7th century BC, which is when the earliest known reference to Persian culture can be found. The Achaemenids had a significant impact on Persian culture, which included the use of the ancient Persian language (Old Persian) and the Zoroastrian religion. Alexander the Great conquered Persia in 334 BC and brought Greek culture to the area. The Sasanian Empire gained control of the Achaemenid Empire during this time, and Persian culture, language, and art received renewed attention. It has been asserted that the Sasanian Empire developed into a significant global center of learning. The Sasanian Empire was overthrown by Arab and Turkic conquerors, resulting in a period of Islamization of Persian culture over the next few centuries. The powerful new empire known as the Safavids, which established the Shia Islamic faith as the predominant religion in the region, added to the richness of Persian culture. In addition, the Safvids made significant contributions to the region's literary, artistic, and scientific traditions. Persia was a significant center for trade and commerce during the Islamic Golden Age as well. Persia underwent significant transformations in the 19th and 20th centuries. Iran was given its new name in 1906, and Reza Shah Pahlavi declared Persia a unified state in 1925. He began implementing a number of social, military, and economic reforms, as well as changing the name of the nation to Iran once more. The monarchy was overthrown and the country was taken over by an Islamic Republic in 1979. The pre-Islamic culture of Persia, the arrival of Arab and Turkic people, and Islamic influences all contributed to the development of Iranian culture today. Music, poetry, art, and philosophy are just a few of the many fields in which Persian culture continues to have a significant impact. Persian poetry, for instance, is highly regarded worldwide and frequently transcends language barriers. Famous landmarks in Tehran include the Eram Garden and the Azadi Tower, which was formerly known as the Shahyad Monument. Persian art and architecture also continue to thrive. Iran's acclaimed film industry is now able to compete with Hollywood, making it a major film producer in recent years. The fascinating tales and events of Persian culture's past span many years. It still has an impact on our lives today and can be seen all over the Middle East.

Can I use the random Persian names that this tool creates?

How many ideas can I generate with this Persian Name Generator?

The Persian Name Generator can generate thousands of ideas for your project, so feel free to keep clicking and at the end use the handy copy feature to export your Persian names to a text editor of your choice. Enjoy!

What are good Persian names?

There's thousands of random Persian names in this generator. Here are some samples to start:

More on Persian names across the web

Can't get enough of generating Persian names? Then continue exploring: