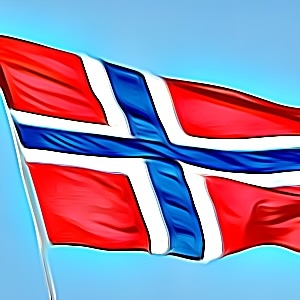 Use this Norwegian Name Generator to find countless random Norwegian names for your next gaming adventure, story or any other kind of project. Enjoy!

What is the importance of names in Norwegian culture?

Norwegian names carry a lot of importance in Norwegian culture. They are often seen as an indication of a person's personality and ancestry. When choosing a name, parents often look for names that sound unique and have a special meaning to them. Some famous Norwegians with Norwegian names include author Jens Bjørneboe, singer Sigrid and actor Erwin Skjoldbæk.

A history of Norwegian culture

Over centuries, Norway's climate, customs, and environment have shaped its rich, diverse, and distinctive culture. A culture that is one-of-a-kind and highly regarded is the result of the landscape, the abundance of natural resources, and the tenacious spirit of the people who live there. A wide range of influences have contributed to the development of Norwegian culture over the centuries. Viking culture, which included sea voyages, exploration, and interaction with other cultures, had a significant impact on Norwegian culture in the past. Language, technology, and religious beliefs from neighboring regions and nations were encouraged by these early contacts. Norway also received its first Scandinavian and Nordic cultural influences from the Norse colonization of Iceland at the end of the 9th century. Norwegian culture was strongly influenced by Christianization and royal rule in the Middle Ages, as evidenced by royal crests, flags, written language, and a unified kingdom. Over the centuries, rural life has had a big impact on Norwegian culture. The rhythm of life is established by the seasonal cycles of agriculture and animal husbandry, which have always been significant economic activities. Because of this, Norwegians still place a high value on Janteloven, or "The Law of Jante," which dictates modesty, self-control, and a respect for the status quo. Despite the fact that employment opportunities in cities and towns have brought an influx of people into urban areas, the majority of rural Norwegians continue to live a traditional lifestyle that includes farming. Folk art practices like carving, weaving, and metalworking have shaped Norwegian culture alongside rural life. Folk art in Norway is deeply ingrained in people's lives today and reflects a mix of past and present. Even in modern times, it is simple to recognize Norwegian culture due to the abundance of hand-carved details like the rosemaled decoration and wooden buildings that dot the countryside. Literature is a source of great national pride and one of the most recognizable aspects of Norwegian culture. From Henrik Ibsen, the founder of modern theater, to Knut Hamsun, who received the Nobel Prize in literature in 1920, Norway has produced a long line of notable authors. The traditional focus of Norwegian music has been on the violin and accordion, as well as the voice, which is still an important part of Norwegian culture today. Norwegian music has been popular for centuries. The hardingfele, a bowed string instrument that has been played in the north of Norway since the Middle Ages, is the national instrument of Norway and is frequently associated with fiddle music. The history and lives of the Norwegian people are intertwined with the traditions of Norwegian culture. Norwegian culture is a vibrant, living example of a culture that has grown, evolved, and thrived in spite of outside influences, from its Viking roots to the more recent influences of today. Norwegians are extremely proud of this culture, which they continue to promote through celebrations of folklore, music, and tradition.

5 questions to help you come up with Norwegian names

Can I use the random Norwegian names that this tool creates?

How many ideas can I generate with this Norwegian Name Generator?

The Norwegian Name Generator can generate thousands of ideas for your project, so feel free to keep clicking and at the end use the handy copy feature to export your Norwegian names to a text editor of your choice. Enjoy!

What are good Norwegian names?

There's thousands of random Norwegian names in this generator. Here are some samples to start:

More on Norwegian names across the web

Can't get enough of generating Norwegian names? Then continue exploring: