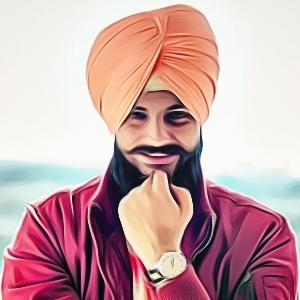 Use this Punjabi Name Generator to find countless random Punjabi names for your next gaming adventure, story or any other kind of project. Enjoy!

What is the importance of names in Punjabi culture?

Punjabi names are very important in Punjabi culture. Each family has its own name and the parents usually give their children unique, meaningful names. The importance of punjabi names can be seen in many ways, from the way people talk about each other to the ceremonies and rituals associated with naming a child. In addition to being symbolic, traditional Punjabi names often reflect the character of their bearers. For example, Gurdeep is a name that means "gentle giant" and reflects the strong personality of someone with this name.

A history of Punjabi culture

The arts and crafts, music, language, religion, and cuisine that make up Punjab's culture are all one of a kind and represent an ancient and beautiful culture. This culture has evolved over thousands of years, absorbing influences from numerous nations and continents. Its origins can be found in the civilization of the Indus Valley and date back to the fifth century BCE. The "Punjara," or "Five Rivers of Punjab," are the five primary rivers of the Punjab region: the Beas, Sutlej, Jhelum, Ravi, and Chenab. The vastness and depth of the region's cultural heritage are reflected in this name. The region celebrates the five rivers with festivals, music, and dance in recognition of their religious significance. It is said that when the waters of the five rivers meet, they become liquid gold and bring wealth and prosperity. One of the primary languages spoken in the area is Punjabi, also known as "Punjabi." It is written in a script that was originally derived from Sanskrit and is called Gurmukhi. Folk music and dance from Punjabi are well-known and have had a significant impact on Bollywood music. Punjabi culture places a strong emphasis on religion, and the majority of the population is either Hindu or Sikh. Since its establishment in the Punjab region in the 16th century, Sikhism has grown to become the fifth most popular religion worldwide. The asceticism, simplicity, and acceptance of all people that Sikhism is renowned for Vaisakhi and Dussehra, two festivals that are celebrated extensively throughout the region, are also deeply ingrained in Punjabi culture. Using a variety of spices and local, fresh ingredients, Punjabi cuisine is both diverse and delicious. Rajma, dal makhani, Amritsari kulcha, and tandoori chicken are among the most well-liked dishes. Other parts of the Indian subcontinent, particularly Mughal cuisine, have also had a significant impact on Punjabi cuisine. Punjab's architecture dates back thousands of years. The Darbar Sahib, also known as the Golden Temple, the Partition Museum, and the Mughal structures at Lahore Fort are among the most well-known Punjabi landmarks. The culture of Punjab is frequently referred to as vibrant and colorful, with a staggering amount of diversity and a rich heritage that dates back many centuries. The festivals, music, literature, and art that it produces continue to be a source of great pride and pride in one's national identity for the Punjabi people.

5 questions to help you come up with Punjabi names

Can I use the random Punjabi names that this tool creates?

How many ideas can I generate with this Punjabi Name Generator?

The Punjabi Name Generator can generate thousands of ideas for your project, so feel free to keep clicking and at the end use the handy copy feature to export your Punjabi names to a text editor of your choice. Enjoy!

What are good Punjabi names?

There's thousands of random Punjabi names in this generator. Here are some samples to start: