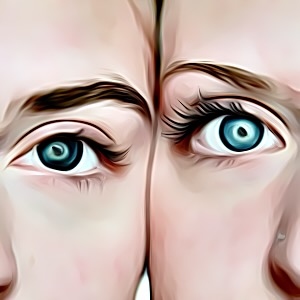 Use this Twin Name Generator to find countless random twin names for your next gaming adventure, story or any other kind of project. Enjoy!

How do parents come up with names for their twins?

There are many ways for parents to come up with names for their twins. Some parents choose to name their twins based on a theme, such as naming them after two flowers or two trees. Other parents choose to use initials, such as J and K, or even use the same first letter for both names, such as Sarah and Samantha. And then there are those who just want to pick two completely different names that they feel go well together. No matter what approach parents take when naming their twins, the most important thing is that they end up with two names that they both love.

A history of twins

Twins have been a source of fascination and speculation for centuries. Twins have captivated people all over the world, from ancient mythology to contemporary science. The history of twins provides an intriguing look into the variety and widespread nature of twinned births, despite the fact that the concept of twins is difficult to separate from the cultures and traditions in which they have existed. Twins are regarded as a symbol of duality in ancient mythology, frequently depicted as two distinct beings created to maintain equilibrium in the cosmic order. Twins were regarded as a blessing from the gods in ancient Egyptian culture, and they were given religious status because they represented Horus and Seth. Greek mythology depicted twins as opposites from Artemis and Apollo to Castor and Pollux later in history. The phenomenon of twins, which is often referred to by the more scientific term "hemerozygosity," gained more understanding thanks to scientific advancements in the 19th century. Since it implies that the process of heredity is based on the transmission of genetic instructions from one generation to the next, this term referred to the fact that twins share the same genetic material. Numerous significant developments pertaining to twins occurred at the turn of the 20th century. Eugen Steinach, a German researcher, wrote a paper in 1908 that explained the genetics of monozygotic twins. This paper laid a lot of the groundwork for learning more about the genetics of twinning. The work of professor Julius Hess, who created a method of twin classification known as "the -theory," came next. A greater appreciation and comprehension of twins, as well as a variety of advancements in the manner in which twins are treated medically, have resulted from the technology and science that were available at the beginning of the 21st century. For instance, advances in ultrasounds and other imaging methods have made it easier for doctors to identify complications in twin pregnancies with greater precision. In addition, the use of assisted reproductive technologies like in vitro fertilization and new methods for prenatal diagnosis have significantly increased the likelihood of twin pregnancy success. Their history is steeped in a variety of cultural and religious beliefs, despite centuries of scientific progress and a better understanding of the complexities of twins. In many cultures, the reverence and symbolism of twins continue to be reflected in everyday views and scientific research. It is abundantly clear that the history of twins is both lengthy and varied, and that it provides insight into the various imaginative ways in which twins have been viewed and understood throughout time. This includes everything from the early days of mythology to modern medical advancements.

5 questions to help you come up with twin names

Can I use the random twin names that this tool creates?

How many ideas can I generate with this Twin Name Generator?

The Twin Name Generator can generate thousands of ideas for your project, so feel free to keep clicking and at the end use the handy copy feature to export your twin names to a text editor of your choice. Enjoy!

What are good twin names?

There's thousands of random twin names in this generator. Here are some samples to start:

More on twin names across the web

Can't get enough of generating twin names? Then continue exploring: