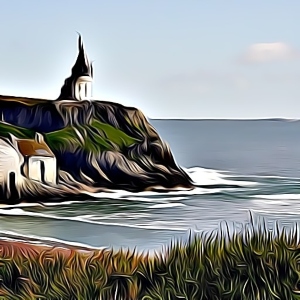 Use this Cornish Name Generator to find countless random Cornish names for your next gaming adventure, story or any other kind of project. Enjoy!

What is the importance of names in Cornish culture?

Names hold a great deal of importance in Cornish culture, both individually and collectively. Many Cornish surnames originated from the given names of their ancestors, while others were created by the community as a way to identify people with shared interests or backgrounds. Today, many Cornish people still take great pride in their family names and use them as identifiers within their communities. While some Cornish surnames may be less common outside of Cornwall, they are still highly respected and often used as an indicator of social status or affiliation.

A history of Cornish culture

The history of Cornish cultureCornwall is a peninsula in the southwest of Britain. It is a part of England that is distinct from the rest of the UK in terms of its culture, dialect, and flag. A combination of Celtic and Saxon influences, as well as more recent migrations and occupations that have left their mark on the region, have shaped its culture over centuries. When the Romans invaded Britain in AD 43, the Cornovii, the local Celts, had already been living there. They established a stronghold in the area for some time and constructed the fortress of Isca Dumnoniorum, which would later come to be known as Exeter. The Cornish adopted the Latin alphabet for their language and developed a strong Celtic identity as a result of this. Invasion from Anglo-Saxon kingdoms in the 5th and 6th centuries reduced the number of Celts living in the area. Celtic practices and traditions merged with those of the Saxons with the new arrivals. "Kernowek," also known as Celtic English, was first spoken by the Cornish and is still spoken today. Cornish culture was deeply entwined with religion during the medieval period, when the kingdom remained Catholic while the rest of Britain converted to Protestantism. This fueled the English Civil War by causing conflict and tension in the area. The conflict between the two religious camps destroyed the Cornish economy and forced many Cornish people to migrate to Australia, North America, and other far-flung locations. Cornish culture experienced a resurgence in the latter part of the 19th century as more affluent tourists came to the area looking for a "lesser-known" Britain. They brought with them an influx of fresh wealth, much of which was used for cultural development. As a result, Cornish customs were revived, and art and music festivals became increasingly popular. From the distinctive Cornish pasty to its recognizable flag designs—the "Black and White" of St. Piran and the "Push Me Pull You" of Trelawney—Cornish culture continues to thrive today. Even though Cornwall is a part of Britain, it still has a distinct identity thanks to its distinctive language, folk arts, and traditional music, which are becoming increasingly popular. People come to Cornwall to unwind, take in the stunning coastline and diverse culture, and to unwind.

Can I use the random Cornish names that this tool creates?

How many ideas can I generate with this Cornish Name Generator?

The Cornish Name Generator can generate thousands of ideas for your project, so feel free to keep clicking and at the end use the handy copy feature to export your Cornish names to a text editor of your choice. Enjoy!

What are good Cornish names?

There's thousands of random Cornish names in this generator. Here are some samples to start: