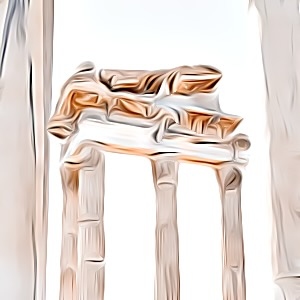 Use this Ancient Greek Name Generator to find countless random Ancient Greek names for your next gaming adventure, story or any other kind of project. Enjoy!

What is the importance of names in Ancient Greek culture?

Ancient Greek names were very important to Ancient Greeks. They were chosen for their meanings and conveyed important information about the bearer's personality. Some of the most famous and well-known Ancient Greek names are Achilles, Apollo, Athena, Demeter, Dionysus, Hera, Hermes, Zeus. The significance of these names can be seen in the many references made to them throughout classical writings such as Homer's Iliad and Odyssey and Plato's Republic. Names also played a significant role in Ancient Greek religion where they were often used to identify particular gods or goddesses.

A history of Ancient Greece

One of the most captivating histories of any civilization is that of Ancient Greece. Ancient Greece has had a long-lasting impact on society, from its earliest archaeological finds to the establishment of democracy. Around 3200 BCE marks the beginning of ancient Greece's archaeological record. At this time, Anatolian settlers established the fledgling civilization, which spread throughout the Mediterranean. Ancient Greece was characterized by its incredible resourcefulness from its inception: The people there were fed by seasonal crops, and the land was also good for hunting and fishing. The land's geography made it possible to create city-states, each with its own distinct cultural expression. Ancient Greece is perhaps best known for its contributions to art, architecture, and sculpture, in addition to its independent city-states. Ancient Greece is home to some of the most well-known pieces of art in the world, and architects, sculptors, and painters were able to pass on the amazing skills they learned to future generations. Even though the Parthenon and other city-state temples from this time period are the most well-known examples of their artistic prowess, they were also capable of creating smaller works of art like jewelry and pottery. The country's contributions to the fields of philosophy, science, and mathematics are also highly regarded. Philosophers like Socrates, Plato, and Aristotle altered people's perspectives on the world, and scientists like Archimedes paved the way for future advancements in mathematics and engineering. The world we know today is largely due to the contributions that Ancient Greece made. However, the establishment of democracy was Ancient Greece's most significant development. The people of Athens came up with a system of government that treated everyone equally and fairly. Since then, new societies have implemented this fundamental concept of democracy, facilitating the inspiring growth of civil rights movements worldwide. The legacy of ancient Greece still has a significant impact on the world today. The significance of this civilization's contributions cannot be overstated. Each new generation has the chance to learn something new about its culture and history, gaining a deeper comprehension of its place in the world.

5 questions to help you come up with Ancient Greek names

Can I use the random Ancient Greek names that this tool creates?

How many ideas can I generate with this Ancient Greek Name Generator?

The Ancient Greek Name Generator can generate thousands of ideas for your project, so feel free to keep clicking and at the end use the handy copy feature to export your Ancient Greek names to a text editor of your choice. Enjoy!

What are good Ancient Greek names?

There's thousands of random Ancient Greek names in this generator. Here are some samples to start:

More on Ancient Greek names across the web