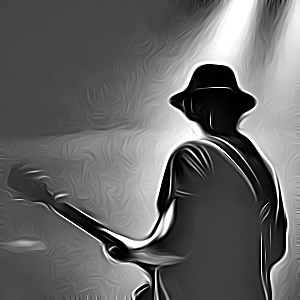 Use this Musician Name Generator to find countless random musician names for your next gaming adventure, story or any other kind of project. Enjoy!

How do musicians choose their names?

How do musicians choose their names? This is a question that has puzzled music fans for years. Some musicians seem to put a lot of thought into their names, while others just choose something that sounds cool.

There are a few different schools of thought when it comes to choosing a musician name. Some people believe that the name should be reflective of the music being made. For example, if the musician is making dark and brooding music, they may want a name that sounds dark and edgy. Others believe that the name should be completely unrelated to the music, so as not to pigeonhole the artist.

Some artists just go with their given name, while others use stage names or nicknames. There are no hard and fast rules when it comes to choosing a musician name.

A history of musicians

Music has always played a role in human existence. People have made music and used it in a variety of ways for thousands of years. From the earliest civilizations to the present day, musicians have been at the forefront of the evolution of music. Today, we acknowledge and honor these artists for their contributions to music's development. So, let's take a look at the history of music and the inspiring contributions that musicians have made. Music was used in a variety of ancient rituals and celebrations. The spiritual and social foundations of civilizations were shaped by music. The flute, which is found in China, Egypt, and Mesopotamia, a region of the Middle East that is now Iraq, was the earliest known instrument. The flute and other instruments like the lyre and harp were created by these cultures. Songs, rhythms, and musical scales were also created by them. We can see musicians playing at important events and sacred ceremonies from the earliest times recorded. Greece was not an exception. At festivals, weddings, funerals, and other sacred rites, musicians were sought after. Because of their capacity to emote and pique the emotions of the audience, musicians were regarded as having a special significance in Greek culture. Music flourished as part of the troubadour tradition during the Middle Ages. Troubadours were poets and minstrels who performed on the road and sang and wrote songs, usually as part of the rituals of courtship. The romantic and melodic sound of their songs laid the groundwork for contemporary popular music. The profession of professional musician flourished between the 16th and 17th centuries. Some of the most well-known works of music in the world were written by composers like Mozart and Bach, and they are still performed today. Musicians had the chance to reach a larger audience as public concerts gained in popularity. Further technological advancements occurred in the 19th and 20th centuries, resulting in the creation of radios and recording equipment. Musicians were able to reach a much wider audience as a result of this. The development of the commercial music industry was made possible by the phonograph's invention, which made it possible to record and play music. Music transcends boundaries like never before in the 21st century. New musical subgenres and aesthetics are continually being developed by musicians. The music industry has been transformed by digital platforms, which enable mass distribution of music. This has made electronic music and remixes, among other forms of innovation, possible. Both music and the function of the musician have evolved over time. However, one thing does not change: No matter what the cultural, technological, or geographical boundaries are, music continues to unite and inspire people. We can guarantee that the stories of these amazing artists will continue to be told by paying tribute to their extensive history.

Can I use the random musician names that this tool creates?

How many ideas can I generate with this Musician Name Generator?

The Musician Name Generator can generate thousands of ideas for your project, so feel free to keep clicking and at the end use the handy copy feature to export your musician names to a text editor of your choice. Enjoy!

What are good musician names?

There's thousands of random musician names in this generator. Here are some samples to start:

More on musician names across the web

Can't get enough of generating musician names? Then continue exploring: