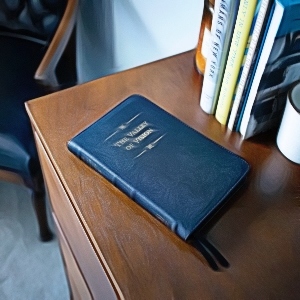 Use this Puritan Name Generator to find countless random Puritan names for your next gaming adventure, story or any other kind of project. Enjoy!

Who are the Puritans?

The Puritans were a group of people who lived in England in the 16th and 17th centuries. They were known for their strict religious beliefs and their desire to live simple lives.

A history of Puritan culture

The culture of the Puritans dates back to the late 16th century in England, when Protestantism was the predominant religion. The Anglican Church was officially in charge of the state and the Church of England under Elizabeth I's rule. Lutheranism and this faith were similar in their views on the significance of free will. Dissatisfied with the practices of the Church of England, a group of Elizabethan churchgoers began to adopt a more extreme form of Protestantism during this period. This group, which went by the name "Puritans," wanted to reject what they saw as "worldly" aspects of their faith, like the Catholic Church's practices and the High Holy Days. The Puritans believed that one's faith should be strictly adhered to in all aspects of life, which led to harsh and sometimes extreme behavior. They believed that people should interpret the Bible according to their own conscience and rejected the Church of England's understanding of authority, leadership, and governance. As a result of these beliefs, a culture of discipline, spiritual focus, and hard work was established. In England, the Puritan faith remained strong, and its adherents grew over time. The Puritans began looking for a way to leave their homeland and find a better life in New England as soon as possible. Although the majority of Puritans made their homes permanent in the colonies, many of them chose to become missionaries or "apostles" and travel to India, Africa, and the Caribbean in order to spread their faith further. Many native Americans and African slaves were converted as a result of this missionary practice, and they also began to embrace the Puritan faith and incorporate its principles into their own culture. Puritan culture spread to a large part of the world in this way, and many people began to live their lives in accordance with its strict beliefs. The writings of some of the nation's earliest writers and statesmen reflect the Puritan culture, which also had a significant impact on American culture. The Puritan faith's fundamental principles are reflected in the works of authors like William Bradford and Jonathan Edwards: personal piety, self-reliance, and hard work Even though the Puritan faith has lost some of its power and influence over time, its influence is still clearly evident in contemporary American culture. Many of the fundamental beliefs and values that the Puritans brought to the New World are still ingrained in American culture today. Many Americans still value the importance that the Puritans placed on personal piety and individual consciences, as well as the discipline, focus, and hard work that they demanded of effective leaders and citizens. In general, the Puritan culture has had a significant impact on society worldwide and in the United States, and its influence can be seen in numerous contemporary facets. Even though the religion has changed over time, its principles and teachings are still relevant today just as much as they were when the Puritans first arrived in the American colonies hundreds of years ago.

Can I use the random Puritan names that this tool creates?

How many ideas can I generate with this Puritan Name Generator?

The Puritan Name Generator can generate thousands of ideas for your project, so feel free to keep clicking and at the end use the handy copy feature to export your Puritan names to a text editor of your choice. Enjoy!

What are good Puritan names?

There's thousands of random Puritan names in this generator. Here are some samples to start:

More on Puritan names across the web

Can't get enough of generating Puritan names? Then continue exploring: