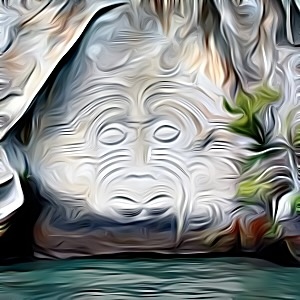 Use this Maori Name Generator to find countless random Maori names for your next gaming adventure, story or any other kind of project. Enjoy!

What is the importance of names in Maori culture?

Maori names play a significant role in Maori culture. They are often indicative of an individual's personality or heritage, and are often given to children at birth or on special occasions. The significance of Maori names can be seen throughout the culture, from the way they are spoken to the traditions that surround them. In some cases, a Maori name may be more important than a European one in terms of cultural identification.

A history of Maori culture

One of the world's oldest cultures, the Maori have been described as a vibrant, resilient, and extraordinary people with a diverse and extensive history. New Zealand's indigenous Polynesian culture has a long history of both pre- and post-European influences. The Maori people's interactions and relationships with custom, land, and the ocean have shaped their long and complicated history. The waka hourua, also known as "the double-hulled canoe," is how the ancestors of the first people arrived in New Zealand, according to Maori legend. These ancestors came down from the north to establish New Zealand under the name Aotearoa, which the Maori people call it. The Maori population, which was estimated to be between 100,000 and 250,000 prior to the arrival of Europeans, was divided into approximately 100 distinct iwi, or tribes. Stories, songs, and carvings in tribal meetinghouses, as well as pendants, tools, and weapons made for hunting and fighting, provide a compelling account of unwritten pre-European Maori history and culture. Along the coasts and with other Polynesian groups who had come to New Zealand from eastern Polynesia, like the Moriori from Chatham Island, Maori traded extensively. This trading included trading stories, genealogies, and cultural practices, highlighted by timeless carvings, art, and weaving, in addition to trading plants, food sources, and resources. The Maori people vividly recall the turbulent history of New Zealand through their numerous identities, tales, and traditions. The Maori way of life was devastated and altered when Europeans arrived at the end of the eighteenth century, and many Maori perished from influenza. Due to European pressure, there were also wars, with fighting between tribes and between tribes over land and resources. The Maori people and the British came to an agreement when they signed the Treaty of Waitangi in 1840. Although the treaty was intended to safeguard the Maori people's interests and guarantee their freedom and sovereignty over their way of life, it ended up significantly reducing those goals. The Maori people were largely forced to assimilate into British culture and customs and adopt the English language in order to survive. Land was confiscated through various processes. However, the Maori people have been reclaiming and celebrating their culture more recently. Numerous schools are teaching the Maori language and encouraging students to become familiar with Maori culture and traditions, resulting in an increase in its use. Through the revival of traditional practices, music, art, and language in everyday life, the Maori culture is celebrated and protected. The Maori people are an integral part of New Zealand's identity and culture, which is why their culture is alive and thriving today. The Mori values of whanaungatanga (kinship) and manaakitanga (hospitality), which the Maori people demonstrate to one another and to those who visit their land, are ingrained in the Maori culture. It is a warm and welcoming culture that draws strength from its people, beliefs, traditions, and values that have been passed down through the generations.

5 questions to help you come up with Maori names

Can I use the random Maori names that this tool creates?

How many ideas can I generate with this Maori Name Generator?

The Maori Name Generator can generate thousands of ideas for your project, so feel free to keep clicking and at the end use the handy copy feature to export your Maori names to a text editor of your choice. Enjoy!

What are good Maori names?

There's thousands of random Maori names in this generator. Here are some samples to start:

More on Maori names across the web

Can't get enough of generating Maori names? Then continue exploring: