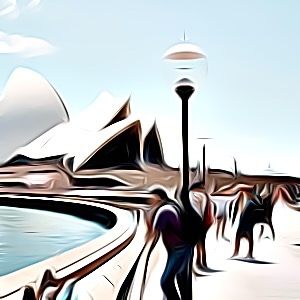 Use this Australian Name Generator to find countless random Australian names for your next gaming adventure, story or any other kind of project. Enjoy!

What is the importance of names in Australian culture?

Australian names hold a great importance in Australian culture. They are often used to represent an individual or their ancestry, and are considered important identifiers. Many Australians believe that a good name is one that is both unique and memorable. This is why many people take great care in selecting their name. Some of the most popular Australian names include Michelle, David, Cameron and Emma.

A history of Australian culture

Australia's culture is a mixture of cultures brought by settlers from all over the world. The modern culture of Australia is extremely diverse, ranging from indigenous Australian practices to the influence of British, American, and Asian cultures. Indigenous Australians have a long and rich cultural history that dates back thousands of years. They were once among the most isolated people in the world. In addition to their language and spiritual beliefs, they have distinctive styles of art and strong traditional ties to land and sea. A strong sense of cultural identity and traditions were brought to Australia by the first British immigrants in 1788. For instance, the colonists quickly adopted British folk songs, dances, and customs, which continue to play a significant role in Australian culture to this day. Australia has been influenced by other cultures throughout history. In the 19th century, Irish and Scottish immigrants brought new music, food, and customs to the mix. Waves of migrants from continental Europe, including Italy, Greece, and Germany, also contributed to the emerging culture of Australia. The arrival of Asian immigrants in the 20th century further shaped Australia's culture. Immigrants from China, Japan, Vietnam, and other nations brought their own distinctive cultural traditions with them, which gradually became ingrained in Australia's broader culture. Australia's culture is extremely vibrant and diverse today. Australia is multicultural and multiethnic because of the constant influx of new immigrants, and it embraces the traditions and customs of its Indigenous and immigrant populations. Many of its cities, like Sydney and Melbourne, are some of the most well-known places in the world. They have a unique combination of modern architecture, live theater and music, fashion, art, and food. Australia's culture is now more than ever a dynamic mix of old beliefs, customs, and traditions brought in by settlers over the centuries. Australian culture has evolved into a melting pot of international influences thanks to its ancient Indigenous roots as well as the numerous ethnicities and cultures that continue to enrich the nation.

5 questions to help you come up with Australian names

Can I use the random Australian names that this tool creates?

How many ideas can I generate with this Australian Name Generator?

The Australian Name Generator can generate thousands of ideas for your project, so feel free to keep clicking and at the end use the handy copy feature to export your Australian names to a text editor of your choice. Enjoy!

What are good Australian names?

There's thousands of random Australian names in this generator. Here are some samples to start:

More on Australian names across the web

Can't get enough of generating Australian names? Then continue exploring: