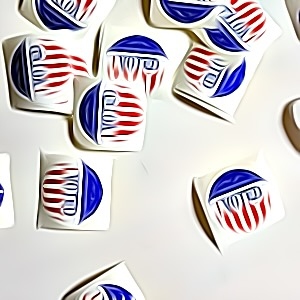 Use this Political Party Name Generator to find countless random political party names for your next gaming adventure, story or any other kind of project. Enjoy!

How do political parties come up with their names?

When it comes to naming a political party, there are really no rules. In fact, some of the most successful political parties have the simplest names. For example, the Democratic Party in the United States has a very straightforward name that tells voters exactly what they stand for: democracy. Similarly, Britain’s Labour Party also has a simple and clear name that tells voters their main focus is on representing workers and fighting for social justice.

However, not all political parties have such straightforward names. In many cases, parties will come up with names that reflect their values or ideologies in a more abstract way. For example, the Green Party in the United States is named after their key value of environmentalism. Similarly, France’s National Front party is named after their nationalist ideology.

A history of political parties

Since the 1700s, when a variety of political philosophies and ideologies began to emerge, political parties have had a long history. The spread of democracy, classical liberalism, absolutism, and nationalism were some of these. In Europe and North America, at the end of the 18th century and the beginning of the 19th, the first political parties in the modern sense emerged. The Federalists and the Anti-Federalists were the first political parties in the United States. The Federalists were a group of politicians led by James Madison and Alexander Hamilton who advocated for a strong central government with some elements of aristocracy and monarchy. They defended the new Constitution, which established the first government in the United States. On the other hand, Thomas Jefferson was in charge of the Anti-Federalists, who wanted states' rights to take control of policy, governance, and justice. The arguments between the two sides eventually developed into the first organized political parties in the United States, the Federalists and Anti-Federalists, and organized coalitions. The country's two-party system began with the formation of these two parties. The Federalists had largely vanished by the 1850s. The rivalry between the Whigs, a coalition of nationalists, modernizers, and traditionalists, and the Anti-Federalists, which are now known as the Democratic party, grew increasingly bitter. This rivalry existed between the two major parties until 1860, when the Union was torn apart and the Whig party split. In the middle of the 1850s, the Republican party was soon established as a result of the growing abolitionist movement and the mounting criticism of Democrats and Whigs. Free labor and the preservation of the Union were the principles of this party, which was led by Abraham Lincoln. It quickly gained power, eventually surpassing the Democrats and Whigs and taking control of the political process. In the 1890s, a group of Republicans led by William Jennings Bryan split off to form the Democratic-Populist Party, ending the Republican dominance. Farmers, labor unions, and progressives were supported by this party. Bryan ran as the Democratic-Populist candidate for president in 1896, but he lost to William McKinley. Despite this, the emergence of this new party paved the way for Democrats and Republicans to compete for the support of Americans living in the middle class. Since then, Democrats and Republicans have constantly competed for public support and power in this two-party system. There have been splinter parties and third parties along the way that, despite frequently having a significant impact on the political process, have been unable to overcome the primary parties' strength. Today, both major parties and smaller, more focused third-party groups represent a wide range of political ideologies and platforms. Since the 1840s, the two major parties in the United States—Democrats and Republicans—have proven to be the most enduring aspect of the country's political landscape, despite their ongoing rivalry, tension, and competition. For a better understanding of the origins and consequences of the current political landscape, it can be helpful to know about political parties' lengthy and interesting history.

5 questions to help you come up with political party names

Can I use the random political party names that this tool creates?

How many ideas can I generate with this Political Party Name Generator?

The Political Party Name Generator can generate thousands of ideas for your project, so feel free to keep clicking and at the end use the handy copy feature to export your political party names to a text editor of your choice. Enjoy!

What are good political party names?

There's thousands of random political party names in this generator. Here are some samples to start:

More on political party names across the web