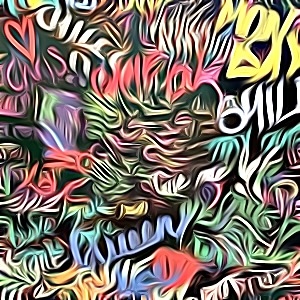 Use this Fake Word Generator to find countless random fake words for your next gaming adventure, story or any other kind of project. Enjoy!

Why do writers sometimes use fake words?

In the English language, there are over 171,000 words. But sometimes, writers will make up new words to fit their needs. This might be because the writer needs a word that describes a new concept, or because they want to make their writing sound more unique. Whatever the reason, using fake words can be a helpful tool for writers.

Fictional worlds are held together by made-up words – words that don’t exist in the real world, but which come alive when read in stories. From J.R.R. Tolkien’s The Lord of the Rings to J.K. Rowling’s Harry Potter, writers have created an array of language that invokes their fictional worlds and bring them to life.

A key part of building these fantasy lands is inventing the words to describe the creatures, places and experiences within. Take Tolkien for instance. He created over 20 languages for his characters to speak – and hundreds of words to go with them! His works are full of unique and brand new words like ‘Mellon’ (meaning ‘friend’ in Elvish) and ‘Balrog’ (an evil spirit from The Lord of the Rings).

J.K. Rowling is another master of language invention with her Harry Potter books. One of her most widely known words is ‘Muggle’, used to describe a person without magic. Acclaimed fantasy writer, George R. R. Martin, is known for his ‘Game of Thrones’ series – characterized in part by his own invented words and phrases. Words like ‘Khaleesi’ (a title given to the ruler of the Dothraki) and ‘dracarys’ (the high Valyrian word for fire, used to command a dragon) play an important role in his works.

British author and playwright, Terry Pratchett, is a pro at wordplay. He created hundreds of terms for the Discworld stories, including popular phrases like ‘spectrelle’ (a creature that roams in the night), ‘omniscope’ (a device capable of seeing things from any angle) and ‘tubby’ (a type of pastry eaten in Ankh-Morpork).

Another world of creativity can be seen in the works of Lewis Carroll – the author of Alice in Wonderland. His linguistic inventions led to the creation of iconic words like ‘chortle’ (to chuckle or laugh) and ‘galumph’ (to move in a clumsy or heavy-footed way).

All these authors have created a new form of language through invented words that add a depth of character to their fictional worlds. So next time you come across a made-up word, chances are you’re in the presence of a true literary genius.

5 questions to help you come up with fake words

Can I use the random fake words that this tool creates?

How many ideas can I generate with this Fake Word Generator?

The Fake Word Generator can generate thousands of ideas for your project, so feel free to keep clicking and at the end use the handy copy feature to export your fake words to a text editor of your choice. Enjoy!

What are good fake words?

There's thousands of random fake words in this generator. Here are some samples to start: