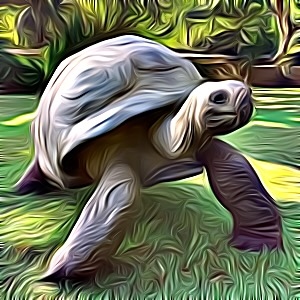 Use this Tortoise Name Generator to find countless random tortoise names for your next gaming adventure, story or any other kind of project. Enjoy!

What kind of animal is a tortoise?

Tortoises are a unique type of animal that are often misunderstood. People often think of tortoises as slow and lazy, when in reality they are quite active. Tortoises are also very long-lived animals, with some living to be over 100 years old! So, what kind of animal is a tortoise?

Tortoises are actually reptiles, and are closely related to turtles. They share many similarities with turtles, such as a hard shell that protects them from predators and the ability to breathe underwater.

A history of tortoises

A tortoise is a reptile in the Testudinidae family. Tortoises have been around for millions of years, living in both land and water habitats all over the world. Because they are able to survive and thrive in a variety of environments, they may be most closely associated with terrestrial natural landscapes. Tortoises have played an important role in Earth's natural history ever since the time of the dinosaurs. Over 220 million years ago, tortoises' fossils were found. The late Triassic period is when the oldest tortoise fossil was discovered in South Africa. In contrast, Ethiopia is home to the earliest human ancestor fossil, which dates back only 6 to 7 million years. Tortoises live in dry, arid deserts, humid jungles, and dense forests, among other places. The red-footed tortoise, which is native to the tropical regions of Mexico, Central America, South America, and the Caribbean, and the sulcata, which are African tortoises, are two of the most well-known species of tortoise. The Galapagos tortoise, which lives in the Galapagos Islands in the Pacific Ocean, is the most well-known species of tortoise. The moist grasslands and plains of these volcanic islands are home to these tortoises. They consume grass, shrubbery, and cactus pads for food, and some even consume sea algae. Some tortoises are so big that they can weigh more than 500 pounds! It was also believed that tortoises were an ancient symbol of wisdom and longevity. The tortoise was a symbol of immortality in some cultures, while the slow-moving reptile was a symbol of wisdom and caution in others. Chinese literature contains the earliest evidence of this belief. Tortoises have also been used as shelter and food, especially in rural areas where there were no other sources of food. Tortoises were first introduced to Caribbean islands, where they frequently laid their eggs near villages. The villagers could then gather the eggs for food. Tortoises still live in many of the same locations as when they first arrived on our planet. Unfortunately, hunting, habitat fragmentation, and human encroachment now pose a threat to many tortoise species. Some governments have established conservation programs for tortoises and other wildlife as well as restrictions on pet ownership, logging, and farming practices in an effort to help protect these beautiful creatures. Tortoises have long been regarded as a symbol of wisdom and perseverance. Numerous tortoise species continue to exist, serving as a reminder of the natural world that has been with us since the time of the dinosaurs, despite the fact that their populations are still declining in some areas.

5 questions to help you come up with tortoise names

Can I use the random tortoise names that this tool creates?

How many ideas can I generate with this Tortoise Name Generator?

The Tortoise Name Generator can generate thousands of ideas for your project, so feel free to keep clicking and at the end use the handy copy feature to export your tortoise names to a text editor of your choice. Enjoy!

What are good tortoise names?

There's thousands of random tortoise names in this generator. Here are some samples to start: