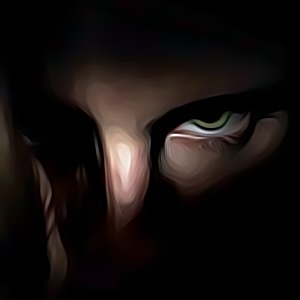 Use this Evil Name Generator to find countless random evil names for your next gaming adventure, story or any other kind of project. Enjoy!

How do you define evil?

Evil is a force or concept in opposition to good. It is often used to describe actions or intentions that cause harm, suffering, or destruction. Many different ideologies and religions have their own ideas about what evil is and how it can be prevented or stopped.

Some people believe that evil is an innate quality and cannot be changed. Others believe that everyone has the potential for evil, but it depends on the circumstances and choices that a person makes. Some argue that evil exists only in relation to good – without good, there can be no evil.

There are many different ways to define evil. What one person may see as evil, another may not. It is often a matter of perspective.

Why is evil such a central concept in fiction?

One of the main reasons that evil is such a central concept in fiction is because it provides a clear and concise opposite to good. In most stories, there is a battle between good and evil, with characters representing one side or the other. This struggle creates conflict and tension, which are essential ingredients for an interesting story.

Another reason why evil is so prevalent in fiction is because it can be used to create fear and suspense. When readers are afraid for the safety of the characters, they are more likely to keep reading to find out what happens. Evil can also be used to add depth to a character by making them conflicted or morally ambiguous.

Ultimately, evil is such a central concept in fiction because it helps create an emotional reaction in readers. Stories that make us feel scared, angry, or sad are often the most memorable and impactful ones.

A history of evils

Numerous evils have been committed throughout history for the purposes of power, politics, and personal gain. Evil has taken many forms and sparked numerous events, wars, and controversies, whether it was driven by greed or hatred. In ancient Greece, the gods of Olympus were thought to be the cause of all evil, and gods like Ares and Poseidon were blamed for wreaking havoc on humanity. Although these gods could be placated through offerings and sacrifices, their power and control over the lives of those who believed in them persisted. In Europe during the Middle Ages, as religious dogma and superstitions dominated society, there was an increase in belief in evil forces. It was believed that witches, demons, and devils had the ability to afflict humanity with diseases, poverty, and death. Any attempt to confront these forces of darkness was met with fear and trepidation because they were believed to be the root of all evil. During the Industrial Revolution, a lot of people thought that factories and new technologies had made cities and towns more vulnerable to new, more powerful evil. The working class and poor were seen as victims of exploitation and misery in the factories. Malnutrition and child labor were viewed as particularly harmful, and new machines were viewed as causing environmental havoc and the destruction of wildlife and other natural phenomena. Totalitarian regimes like those of Adolf Hitler in Germany and Joseph Stalin in the Soviet Union emerged during the 20th century. In their pursuit of political power, these regimes, as well as other less well-known but equally oppressive regimes, committed some of the worst evils against their own people. Under these dictatorships, terrible things like war, genocide, and internment camps have occurred. Racism and inequality have also plagued the modern world, causing countless people to suffer at the hands of oppressive systems. The list of wrongs is long, and these wrongs still affect us today, from the deeply ingrained racism of Jim Crow laws and the atrocities of the Holocaust to the more subtle injustices of poverty and employment discrimination. The entire spectrum of evil has been witnessed by humanity throughout history. Evil seems to never cease, and its effects are still felt today, from the whims of Ancient Greek gods to modern-day evils. In order to ensure that we will never again witness such atrocities committed in the name of power and politics, it is essential to remember and reflect on the world's past atrocities.

5 questions to help you come up with evil names

Can I use the random evil names that this tool creates?

How many ideas can I generate with this Evil Name Generator?

The Evil Name Generator can generate thousands of ideas for your project, so feel free to keep clicking and at the end use the handy copy feature to export your evil names to a text editor of your choice. Enjoy!

What are good evil names?

There's thousands of random evil names in this generator. Here are some samples to start:

More on evil names across the web

Can't get enough of generating evil names? Then continue exploring: