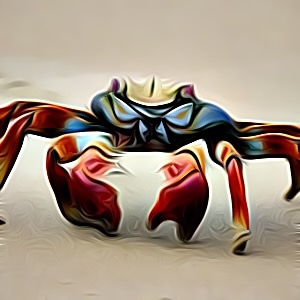 Use this Crab Name Generator to find countless random crab names for your next gaming adventure, story or any other kind of project. Enjoy!

What kind of animal is a crab?

A crab is a type of seafood that many people enjoy. They can be found in a variety of places, including the ocean, rivers, and lakes. There are many different types of crabs, and they vary in size, color, and shape. Some crabs are edible, while others are not.

A history of crabs

Crabs have been around since prehistoric times and have played a significant role in culture ever since. Crabs are a member of the largest family of crustaceans, the Decapods, which include more than 8,500 species and account for more than half of all marine species that are known to exist. The familiar shore crab, hermit crab, box crab, and spider crab are members of that extensive family. The earliest evidence of crabs can be found around 454 million years ago, and their physical development has remained relatively constant since then. As small scavengers that contribute to the breakdown of food waste, the recycling of vital nutrients, and the provision of food for other ocean-dwelling predators, crabs have always played a significant role in the various ecosystems of the world. Crabs may have been one of the first ocean lifeforms that humans domesticated, according to archaeological findings. Humans have always been aware of the presence of these enigmatic, hard-shelled creatures that hide in the ocean's depths. Cooking and farming methods that probably began in the Middle Ages were used by ancient Greeks and Romans to eat their crab delicacies, according to historical evidence. Stories and symbolism related to superstition and omens have also deeply embedded the crab's reputation in modern culture. Crabs have been the subject of art and literature for centuries because they are thought to bring good fortune and success. However, this is mostly because of the highly prized meat that crabs produce. Crabs are regarded as the symbol of perseverance and progress in the Chinese zodiac, and they also represent a person who is wise beyond their years. Crabs have recently emerged as a significant food source worldwide. According to data from 2017, the United States and Asia harvested more than 188,000 metric tons of crabs each year. Crabs are cultivated and fished extensively for commercial purposes, though some are also caught by recreational anglers. The demand for crabs has significantly increased as the human population has grown, particularly as a result of the human need to satisfy our ongoing craving for seafood. As a result, it is critical to support and safeguard the ocean and sea ecosystem by ensuring that crabs are fished sustainably to avoid overfishing of existing populations. In general, the history of crabs is fascinating, as numerous factors have influenced how we view and eat them today. Humans have benefited from this ancient crustacean species' valuable resources for centuries, and it is essential that we ensure that we use them responsibly to safeguard their populations for future generations.

Can I use the random crab names that this tool creates?

How many ideas can I generate with this Crab Name Generator?

The Crab Name Generator can generate thousands of ideas for your project, so feel free to keep clicking and at the end use the handy copy feature to export your crab names to a text editor of your choice. Enjoy!

What are good crab names?

There's thousands of random crab names in this generator. Here are some samples to start: