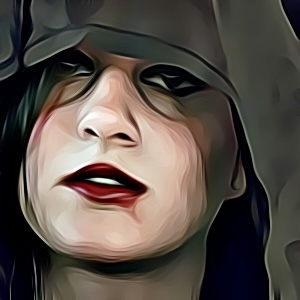 Use this Dark Elf Name Generator to find countless random Dark Elf names for your next gaming adventure, story or any other kind of project. Enjoy!

Where do Dark Elves come from in The Elder Scrolls series?

There are many theories about the origins of the Dark Elves, also called Dunmer, in The Elder Scrolls series. Some believe they are the original elves, who were corrupted by their use of magic. Others believe they are the result of a crossbreeding between elves and goblins. Whatever their true origins, they are now a proud and powerful people, with their own country and culture.

Where do Dunmer live and what are they known for?

The Dunmer, or dark elves, are a race of elves who inhabit the province of Morrowind. They are known for their skills in magic and stealth, as well as their affinity for fire. Dunmer live in a variety of places, from the great city of Vivec to the small villages dotting the landscape. No matter where they live, though, they all share a common bond: their love of adventure.

The shadowy and mystical nature of dark elves in fantasy fiction can inspire intrigue and draw readers further into their stories. Dark elves hail from the realms of fantasy and mythology, and they have a variety of roles within different stories. Though they are usually portrayed as a sinister and unforgiving people, they are an integral part of the fantasy world, and they can play a significant role in any tale they inhabit.

In many fantasy tales, dark elves are cast in the role of the adversary, providing a menacing challenge for hero protagonists. They are often depicted as proud and powerful individuals, with a fondness for the dark arts and a disdain for the principles of humanity. These dark Elves may have lived for centuries, growing old and strong, unwavering in their hatred of mankind. Their inner darkness and hatred have tainted their souls, granting them powerful magical abilities that make them formidable foes.

In some stories, dark elves remain loyal to their own kind, living in secluded communities or forests far from other races. Driven by their own sense of superiority and mistrust of outsiders, they are often seen as reclusive and due to their immense powers, can prove to be powerful allies or enemies depending on the situation. It is not uncommon for some dark elves to abandon the safety of their own kind, in order to pursue greater knowledge, power, and prosperity.

Dark elves can also be portrayed in more heroic roles within fantasy fiction, providing help to other races in difficult times. Some dark elves are ambiguous and untrustworthy, while others will strive magnanimously to defend their honor, joining forces with humanity to battle against a greater evil. There remain, however, some dark elves that live among humans out of their own free will, often living a life of secrecy or anger, unable to fully be accepted by the society of man.

Dark elves have been featured in literature for many years, and continue to fascinate readers of all ages. Their diversity and range of characters have helped to make them some of the most compelling and unique races of fantasy fiction. From menacing adversaries to loyal allies, dark elves have a special place within the mythology of fantasy fiction, sure to captivate and inspire readers for years to come.

5 questions to help you come up with Dark Elf names

Can I use the random Dark Elf names that this tool creates?

How many ideas can I generate with this Dark Elf Name Generator?

The Dark Elf Name Generator can generate thousands of ideas for your project, so feel free to keep clicking and at the end use the handy copy feature to export your Dark Elf names to a text editor of your choice. Enjoy!

What are good Dark Elf names?

There's thousands of random Dark Elf names in this generator. Here are some samples to start: