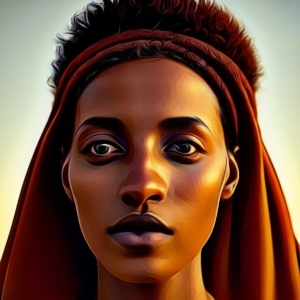 Use this Ethiopian Name Generator to find countless random Ethiopian names for your next gaming adventure, story or any other kind of project. Enjoy!

What is the importance of names in Ethiopian culture?

Ethiopian culture is based around its traditional names system, which assigns each person a unique name based on their parents' given names. This system is so important to the Ethiopian people that many of their traditions and customs are rooted in it. In fact, the importance of Ethiopian names has even spread to the international community, as many Ethiopians have adopted Westernized versions of their given names in order to assimilate into society. However, retaining one's traditional Ethiopian name is still seen as an important sign of identity in Ethiopia today.

A history of Ethiopian culture

One of the world's oldest continuously practiced cultures is that of Ethiopia. The native Ethiopian people's spiritual practices, lifestyles, and beliefs have shaped the country's culture and traditions today for centuries. Ethiopian culture has survived through the ages, despite its adaptation of influences from other civilizations and its roots in ancient antiquity. It is believed that Ethiopian culture began with the Axumite Empire, which existed from the first to seventh century CE. Between Africa, the Middle East, India, and the Far East, this kingdom was a significant hub for trade. The massive obelisk, which is still in place in Ethiopia today, was the city of Axumite's crowning achievement among its numerous religious and cultural landmarks. The Axumite Empire was home to numerous religious practices in addition to serving as a vital trading hub. In the Axumite culture, beliefs from the animistic, polytheistic, and monotheistic faiths coexisted; Additionally, Judaism and Christianity each played significant roles within the empire. The Axumite Empire converted to Christianity later, in the ninth century CE. This influence is still very much present in Ethiopian culture today. The rise of the Zagwe Dynasty in Ethiopia occurred at the beginning of the 12th century. As traders from India and the Arab world arrived in Ethiopia during this time, the country also became home to a wide range of foreign cultures. From the 12th to the 15th centuries, these immigrants contributed to the development of Ethiopian culture through their cultural practices and religious beliefs. Ethiopian culture entered a new era with the Solomonic Dynasty's establishment. The Solomonic Dynasty, whose kings were modeled after King Solomon, established the Ethiopian Orthodox Church in the 17th century. The church reinforced the Ethiopian people's belief in the significance of religious customs and practices. It was founded on principles from Christianity and Judaism. Ethiopian culture has been largely shaped by its history and people over the centuries. The country's culture has been shaped by politics, war, and religion. Additionally, modern Ethiopian culture has been dynamic, vibrant, and ever-evolving. Style, literature, art, and music are still important aspects of Ethiopian culture today. Even today, Ethiopian culture, with its extensive and varied cultural and historical roots, continues to flourish and shine.

Can I use the random Ethiopian names that this tool creates?

How many ideas can I generate with this Ethiopian Name Generator?

The Ethiopian Name Generator can generate thousands of ideas for your project, so feel free to keep clicking and at the end use the handy copy feature to export your Ethiopian names to a text editor of your choice. Enjoy!

What are good Ethiopian names?

There's thousands of random Ethiopian names in this generator. Here are some samples to start: