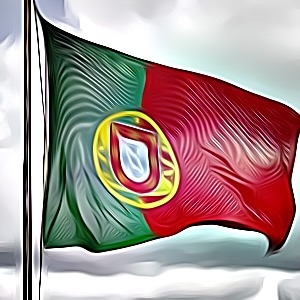 Use this Portuguese Name Generator to find countless random Portuguese names for your next gaming adventure, story or any other kind of project. Enjoy!

What is the importance of names in Portuguese culture?

Portugal is home to a large Portuguese-speaking population, and the country has been influenced by its colonial past. Consequently, Portuguese names play an important role in Portuguese culture. Portuguese surnames are derived from given names, and many of these surnames still carry significant cultural significance. Additionally, Portuguese last names are often indicative of a person's social status or occupation. In some cases, a person's last name may even reveal their ancestral origins. This intricate naming system is an important part of Portuguese culture and contributes to the unique character of the nation.

A history of Portuguese culture

The history of Portuguese culture is extensive and spans centuries. Portugal has shaped and influenced many aspects of the world we live in today, beginning with the early settlers and the Kingdom of Portugal in the 12th century. The Lusitanian people, who arrived in the area in the second century BC, founded Portugal. At this point, the language, customs, and culture began to develop. Alfonso Henriques made Portugal a kingdom in 1140, ushering in a new era for the nation and its people. Portugal became a major naval power during the Age of Discovery in the 15th and 16th centuries. Their ships sailed all over the world, spreading Portuguese culture and influence. This was especially true in places like Brazil, Mozambique, and Angola, where Portuguese settlers and traders left a lasting impression. Portugal's distinctive cuisine is known for its simplicity and abundance of seafood. The addition of flavorful spices like cinnamon, cumin, and paprika, as well as the use of olive oil, garlic, and bay leaves, are essential components in many traditional dishes. Popular sweets for dessert include rice pudding and custard tarts called pasteis de nata. Portugal has its own distinct culture in terms of art. It is best known for the white and cobalt blue ceramic pottery that it produces. Another important aspect of Portuguese art is the hand-painted Atlantic azulejo, which are tiles with floral, religious, maritime, and rural scenes. Portuguese music is well-liked and a blend of cultures. Lyrical ballads and energetic fado (songs of sorrow) make up the typical sound, but there are also styles that mimic Brazilian, Caribbean, and African music. Amalia Rodrigues, a singer who popularized the fado musical style in the 20th century, is one of the most well-known musicians from Portugal. Portugal's literature has remained strong over the centuries. Since the Middle Ages, poetry has been a part of life, and epic tales of heroism are well-known. Fernando Pessoa and Camilo Castelo Branco are two of the 20th century's most well-known authors. Currently, Portuguese culture thrives. The Festa dos Tabuleiros (the Festival of Tray Carriers) and the Festas Sanjoaninas, which take place during the summer, are two of the country's many festivals and celebration days. In conclusion, Portuguese culture has long had an impact on European and other cultures. It is a culture that takes great pride in one's heritage and embraces the variety of cultures that make up the Portuguese people.

5 questions to help you come up with Portuguese names

Can I use the random Portuguese names that this tool creates?

How many ideas can I generate with this Portuguese Name Generator?

The Portuguese Name Generator can generate thousands of ideas for your project, so feel free to keep clicking and at the end use the handy copy feature to export your Portuguese names to a text editor of your choice. Enjoy!

What are good Portuguese names?

There's thousands of random Portuguese names in this generator. Here are some samples to start:

More on Portuguese names across the web

Can't get enough of generating Portuguese names? Then continue exploring: