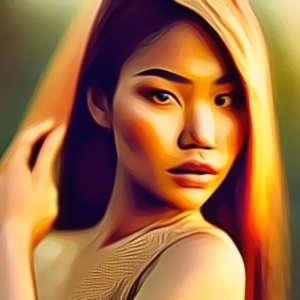 Use this Malaysian Name Generator to find countless random Malaysian names for your next gaming adventure, story or any other kind of project. Enjoy!

What is the importance of names in Malaysian culture?

Malaysian names play an important role in Malaysian culture. They are associated with the family's heritage, and often reflect the person's occupation or place of residence. Malay names also tend to be simple and straightforward, making them easy to remember. In addition, Malaysians usually give their children traditional Malay names at birth, rather than Westernized ones. This tradition is passed down from one generation to the next, helping to preserve local customs and traditions.

A history of Malaysian culture

Malaysian culture is deeply ingrained in the history of the nation and has become the cultural identity of the nation over time. Malaysia has always been a vibrant multicultural society with a great deal of cultural, linguistic, and religious diversity. All of its citizens have been supported and respected by one another. The ancient Malay and later Hindu and Buddhist kingdoms that flourished in the region are the source of Malaysia's culture. The Indus Valley Civilization and the Mauryan Empire are where the Hindu-Buddhist culture originated. It was later brought to South East Asia by traders, explorers, and priests. Throughout the country's long history of foreign rule, Arabic, Portuguese, Dutch, British, and Japanese influences have further shaped the culture. Malaysian society and culture today are dominated by Malay, Chinese, and Indian cultures. Traditional Malay culture is centered on their language, literature, and artistic expressions like weaving and woodcarving. The Malay people have adopted Confucianism because of the influence of Chinese culture. Malaysian cuisine, the prevalence of Hindu festivals like Deepavali, and the strong emphasis on religion in daily life all reflect aspects of Indian culture. The variety of arts and crafts found in Malaysian culture is well-known. The traditional art of making batiks in Malaysia is highly prized throughout the nation and serves as an important source of income for local artisans. Pottery, silver carving, rattan and bamboo baskets, wood carving, basket and mat weaving, mask making, and performances of martial arts are other types of crafts. Diverse religions have also had an impact on Malaysia's cultural heritage. Muslims in Malaysia adhere to the Islamic faith; The nation is also home to Hindus, Buddhists, Taoists, and Christians. Islam is Malaysia's official religion, and the government backs efforts to promote peace, tolerance, and understanding among people of different ethnicities and cultures. Celebrations, folk music, dances, and crafts continue the Malay people's traditional way of life and customs. Malaysian cuisine draws flavor inspiration from a variety of cultures, including Chinese, Indian, Thai, Japanese, and Indonesian. Malaysia is an illustration of a diverse nation that has accepted its many different customs and cultures. People, traditions, culture, and music all contribute to the country's distinct cultural identity. Each ethnic group in Malaysia has equal opportunities to practice their customs and coexist peacefully because the country's citizens are taught to respect and honor their cultural identities.

5 questions to help you come up with Malaysian names

Can I use the random Malaysian names that this tool creates?

How many ideas can I generate with this Malaysian Name Generator?

The Malaysian Name Generator can generate thousands of ideas for your project, so feel free to keep clicking and at the end use the handy copy feature to export your Malaysian names to a text editor of your choice. Enjoy!

What are good Malaysian names?

There's thousands of random Malaysian names in this generator. Here are some samples to start: