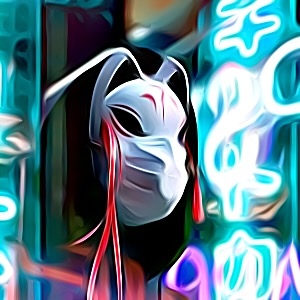 Use this Kitsune Name Generator to find countless random kitsune names for your next gaming adventure, story or any other kind of project. Enjoy!

What is a Kitsune?

A Kitsune is a type of Yokai, which is a supernatural creature in Japanese folklore. They are foxes who have the ability to shapeshift into human form and often take on the appearance of beautiful women. Kitsune are known for their trickster-like behavior and their mischievous nature.

Kitsune have been popularized in many different forms of media, including anime, manga, and video games. In some stories, they are portrayed as evil beings who enjoy playing tricks on humans. However, they can also be benevolent creatures who use their powers to help people.

If you're looking for a creative name for your new anime or manga character, why not try our Kitsune name generator? With hundreds of different combinations to choose from, you're sure to find the perfect name for your foxy protagonist!

What kinds of names do Kitsune have?

For centuries, kitsunes, or foxy spirits, have been a part of Japanese folklore. They are frequently depicted as mischievous tricksters who can shapeshift, control fire, and have magical abilities. Kitsunes have featured prominently in folklore throughout Japan's history, despite the fact that their exact origins are unknown. The Kojiki and Nihon Shoki, Japan's oldest known chronicles, contain the earliest mention of kitsunes. Kitsunes were depicted as powerful and feared beings in these early chronicles, closely associated with the god Inari kami. Rice, farmers, foxes, and fertility were all thought to be protected by Inari. Numerous well-known folk tales and legends, or kitsune monogatari, contributed to the growing popularity of kitsunes over the years. Kitsunes were portrayed as wise and cunning animals with supernatural powers in many of these folk tales. Kitsunes were frequently depicted as con artists; pranking, stealing from others, and causing trouble However, the majority of their pranks were regarded as harmless and not malicious. In some stories, kitsune is even depicted as imparting important life lessons to humans. It was also believed that kitsunes could change form. Kitsunes have almost limitless power thanks to their ability to transform into any animal or human in Japanese mythology. They were said to be particularly skilled at transforming into humans, frequently donning a distinctive white robe to conceal their identity. White was thought to symbolize the sacredness and power of a kitsune. According to legend, kitsunes can also direct fire. This ability is referred to as kitsune no yomeiri (literally, the wedding of Fox An ancient folktale tells how a fox spirit married a princess and then vanished at dawn. After the fox has betrayed the princess, she throws a fireball at the sky, creating a firework pattern that lasts forever. Kitsunes are unquestionably an important part of Japanese culture. As an offering to Inari, people frequently wear fox masks, construct fox-shaped shrines, and place fox statues outside. For the "foxes," these offerings frequently include food, typically inari sushi. Some even claim to have heard spirits speaking to foxes at night. The kitsune has been referred to as a significant and powerful symbol throughout the history of Japan. The myths and legends about these wise tricksters have been passed down through generations, making them an important part of Japanese culture, despite the fact that the exact origin of these mystical beings is still unknown.

Can I use the random kitsune names that this tool creates?

How many ideas can I generate with this Kitsune Name Generator?

The Kitsune Name Generator can generate thousands of ideas for your project, so feel free to keep clicking and at the end use the handy copy feature to export your kitsune names to a text editor of your choice. Enjoy!

What are good kitsune names?

There's thousands of random kitsune names in this generator. Here are some samples to start:

More on kitsune names across the web

Can't get enough of generating kitsune names? Then continue exploring: