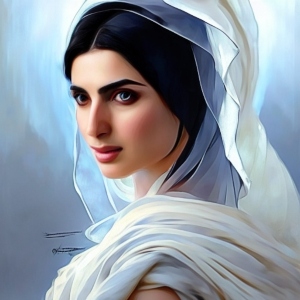 Use this Armenian Name Generator to find countless random Armenian names for your next gaming adventure, story or any other kind of project. Enjoy!

What is the importance of names in Armenian culture?

There are many Armenian names that are known and loved all around the world. Each name has its own unique meaning and story. Some of the most popular Armenian names include: Armine, Aram, Arakel, Hrant, Hayk, Khachatur and Vartan.

Armenian surnames can be traced back to pagan times when people would take the name of their god or ancestor as their surname. For example, if someone was named Artashes, it could mean they were from the town of Artashat which was dedicated to the god Artashat.

A history of Armenian culture

One of the oldest cultures in the world is Armenian culture. It has been around for thousands of years and has been shaped over time by both Eastern and Western forces. Monasteries, music, and traditional food are among its treasures. Armenian culture has a lot to offer that are fascinating because of its turbulent past. Armenian culture dates back to the 9th century B.C. when the Urartian kingdom was at its height. This kingdom was important for its trade and metalworking skills as well as its military might. The Hittite, Roman, Persian, and Ottoman empires invaded and ruled over the ancient Armenians on numerous occasions. Despite the numerous invasions, the Armenians were able to preserve their culture, though some aspects of it were altered by their conquerors. Beginning in the fourth century, a significant number of Armenians moved into the region that is now known as modern-day Armenia. The Armenian diaspora arose as a result of this event, which saw Armenian culture spread to other nations. The Armenians endured centuries of occupation and invasion, but they managed to band together and survive. Armenian culture was influenced by the early Christian Church, as evidenced by the country's traditional cuisine, music, architecture, and art. Despite the fact that some aspects of Armenian culture, such as traditional Armenian dances, remain strong, Armenians frequently observe Christian holidays. Armenian carpets are renowned for their intricate patterns and vibrant designs, which have been produced for centuries. Painting in early Armenian times was heavily influenced by the religion and had its roots in the pre-Christian era. The beautiful biblical scene frescoes in Etchmiadzin Cathedral are some of the most exquisite Armenian paintings. The contributions that Armenian culture has made to the world could be discussed in depth. The culture has suffered a lot over its long history, but it has come back stronger and more vibrant than ever. Armenian culture has developed beautiful, one-of-a-kind ways of expressing itself throughout its turbulent history that bring great joy to people all over the world.

Can I use the random Armenian names that this tool creates?

How many ideas can I generate with this Armenian Name Generator?

The Armenian Name Generator can generate thousands of ideas for your project, so feel free to keep clicking and at the end use the handy copy feature to export your Armenian names to a text editor of your choice. Enjoy!

What are good Armenian names?

There's thousands of random Armenian names in this generator. Here are some samples to start: