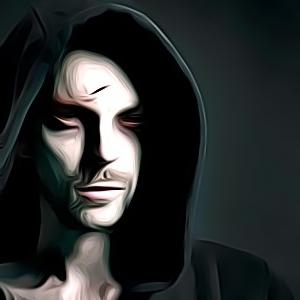 Use this Vampire Name Generator to find countless random vampire names for your next gaming adventure, story or any other kind of project. Enjoy!

Vampires are defined as undead beings who subsist on the blood of other human beings. In folklore and popular culture, vampires often exhibit traits such as craving human blood, being able to move easily in the dark, and displaying psychotic or evil behavior. Despite their characterization in popular culture, vampires are not a universally accepted reality. There is no scientific consensus on whether vampires exist or not.

Where do vampires originate?

Vampires are undead creatures that subsist on the blood of humans. They typically have fangs and are often depicted as pale, gaunt individuals with dark hair. Some believe that vampires were once human beings who succumbed to a deadly disease or died in some other way that prevented them from returning to the living world. Others believe that vampires are simply evil spirits that inhabit dead bodies. Regardless of their origins, vampires are feared by many people and considered to be creatures of darkness and terror.

How are vampires named?

Vampires are named for the qualities they embody. Some vampires have names that reflect their vampire status such as Nosferatu, Dracula, and Salvatore. Other vampires have more human-sounding names such as Mina, Gabriel, and Jonathan. Many of these vampire name origins are surprisingly mundane.

Vampires are creatures that generally shun the light, preferring to live in the darkness. They have sharp fangs and claws and usually have very white, black or dark skin. Some vampires can transform into bats or wolves, making them even harder to spot.

Powers and Abilities: What can vampires do?

Vampires are creatures that can do many things that other people cannot. They can move very quickly and have amazing strength. They are also immune to most types of damage, so they can fight even if they are injured. Vampires also have the ability to see in the dark and to turn people into vampires themselves.

What can harm a vampire?

Vampires are notoriously hard to kill, but there are a few things that can do them in. Some of the most common causes of vampire deaths include stake through the heart, decapitation, and being burned alive. There are also many other accidents and illnesses that can be harmful to vampires such as bites from other vampires, exposure to sunlight, and garlic.

A history of vampires

Vampires have been a part of folklore, myth, and terror for centuries. Vampire myths and legends have been told for thousands of years by various cultures all over the world. Stories about the goddess Lamia, a mortal woman transformed into a monstrous bloodsucking entity, were where the idea of vampires first appeared in Greek and Roman mythology. The striges and vrykolakas, two ancient vampire-like creatures, were also incorporated into myths and beliefs throughout southern Europe. With the rise of the gothic horror genre during the Enlightenment era, vampires saw an unprecedented rise in popularity. During this time, writers like John Polidori and Mary Shelley started writing books and movies about vampires. The feared creature gained popularity and further shaped our perception of the undead in this subgenre of literature and cinema. However, Dracula, written by Bram Stoker and published in 1897, was the most popular vampire character. Dracula is an iconic representation of the vampire as a suave and sinister creature of the night, combining various vampire myths and legends from around the world. Throughout the 20th century, films like The Hunger, Nosferatu, and Interview with a Vampire reintroduced vampires into popular culture, boosting the popularity of the horror genre. In the decades since, a number of sequels, spin-offs, and television series have been produced. Since its inception, the Twilight Saga by Stephenie Meyer and Interview with a Vampire by Anne Rice have largely influenced the contemporary conception of the vampire. In the current works of literature and cinema, vampires are portrayed as strong, attractive figures of love and passion—much more than nocturnal creatures. Legends about vampires date back thousands of years and have continued to develop over centuries. The concept of the vampire—a dangerous and feared creature that hides in the shadows and eats living things—has not changed much over time. Vampires will continue to be a timeless horror icon in any form.

5 questions to help you come up with vampire names

Can I use the random vampire names that this tool creates?

How many ideas can I generate with this Vampire Name Generator?

The Vampire Name Generator can generate thousands of ideas for your project, so feel free to keep clicking and at the end use the handy copy feature to export your vampire names to a text editor of your choice. Enjoy!

What are good vampire names?

There's thousands of random vampire names in this generator. Here are some samples to start:

More on vampire names across the web

Can't get enough of generating vampire names? Then continue exploring: