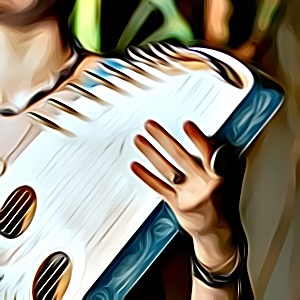 Use this Bard Name Generator to find countless random bard names for your next gaming adventure, story or any other kind of project. Enjoy!

What kind of profession is a bard?

A bard is a professional storyteller, musician, or poet who recites and sings tales of heroism and adventure. Bards are often employed by nobles and kings to entertain their guests. They may also work as minstrels in inns and taverns, or perform at festivals and fairs.

Bards use their skills to weave tales that captivate audiences and inspire them to dream of far-off lands. They are skilled in the art of rhetoric and can use their words to influence others. Bards also have a keen understanding of human nature and can use this knowledge to manipulate those around them.

While some bards may use their powers for good, others may use them for evil. It is said that the greatest bards are those who can make people laugh and cry with their stories.

What kinds of names do bards take?

First of all, many bards choose names that are musical in some way. This could be a reference to a specific instrument (like "Fiddle Mae"), or just something that sounds musical ("Sings-in-the-shower").

Secondly, many bards have whimsical, made-up names that describe their personality or their role in the group. So you might find a bard with a name like "Troubadour Tom" or "Pied Piper Pete".

And finally, because bards are often the storytellers of their group, many of them have names that reflect this important role.

A history of bards

The bardic tradition is a fascinating, intricate art form with a long, global history. Bards have not only been musicians and storytellers, but they have also been historians and keeper of wisdom in many cultures. As a result, they had a huge impact on the cultures they came from, and some of their customs are still practiced today. Bards were first seen in ancient Greece and Rome. Their job was to recite epic poems and entertain with music and stories. These bards told a lot of stories and traveled a lot to find new ones. The myths, legends, and histories of the time were kept alive thanks to their oral tradition. Bards in Celtic cultures were even more influential than in ancient Rome and Greece. Because they did not have a written language, the Celts, who lived in parts of Europe and the British Isles, relied on storytellers to keep their oral traditions alive. Stories, legends, and lore were passed down from one generation to the next by the bards as they traveled from clan to clan and village to village. Taliesin was one of the most well-known Celtic bards. He was a skilled poet and storyteller who wrote many of the stories that are still popular in Welsh literature today. The Celts valued his stories because they not only contained entertaining tales but also moral lessons that reminded listeners of their connection to the divine. Up until the Middle Ages, the bardic tradition thrived. Bards became less important during this time period because a large portion of Europe had adopted the written word. They continued to exist in some form in more remote and rural areas, but as writing and printing improved, fewer people were willing to adopt the custom. However, some cultures in the Middle East, Africa, Asia, and Americas maintained bardic practices. Bards still played an important role in many of these cultures, bringing entertainment and education to their communities. Bardic customs are still followed in some places today, but their cultural significance has significantly diminished. Writers, scholars, and historians now play the primary role in documenting our collective past, whereas bards once documented the histories and mythologies of entire cultures. Nonetheless, the bardic tradition should not be forgotten because of their significant impact on our world.

5 questions to help you come up with bard names

Can I use the random bard names that this tool creates?

How many ideas can I generate with this Bard Name Generator?

The Bard Name Generator can generate thousands of ideas for your project, so feel free to keep clicking and at the end use the handy copy feature to export your bard names to a text editor of your choice. Enjoy!

What are good bard names?

There's thousands of random bard names in this generator. Here are some samples to start: