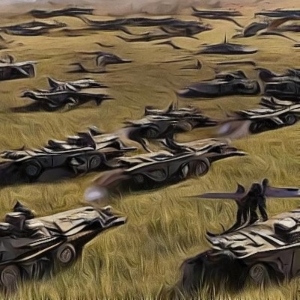 Use this Military Operation Name Generator to find countless random military operation names for your next gaming adventure, story or any other kind of project. Enjoy!

How do military commanders come up with names for their tactical operations?

When it comes to naming a military operation, there is no one-size-fits-all approach. It really depends on the commander and what they feel will be the most effective name for the mission at hand. Sometimes, the name will be based on something specific to the operation, such as the location or target. Other times, it may be more general, such as a code name that simply describes the type of operation.

Whatever the case may be, coming up with a catchy and appropriate name is important in order to rally troops and create a sense of unity behind the mission. After all, a good name can help instill pride and confidence in those who are carrying out the operation.

A history of military operations

Military operations have been going on for thousands of years. Humanity has been involved in some kind of conflict at some point, whether it was with ancient armies or modern forces. Numerous ancient societies, including those of the Roman Empire, the Greeks, and even earlier societies, can be traced back to the strategies and art of war. In ancient times, gaining the advantage of surprise and overwhelming numbers was frequently the focus of battle strategies. The tactics used in warfare also evolved with the development of civilizations. The well-known work "The Art of War," written by an ancient Chinese general named Sun Tzu, discusses numerous aspects of warfare, including strategies for sieges, deception, and more. The development of firearms, which enabled individual soldiers to be more effective in their battles, came with the Renaissance. European armies favored musketeers and pikemen, and cannons and artillery were added in the 17th century. Soldiers gained more range, power, and accuracy as a result of these advancements, which also made it possible to fight larger battles. By the 18th century, intelligence gathering and analysis dominated warfare significantly. The "rules of war" were established and developed during this first significant period in the history of military operations. To gain an advantage over their rivals, large military organizations like the British Army and the Prussian Army began to devise and implement novel strategies and tactics. Armies gained an even greater advantage as a result of the Industrial Revolution, which saw the development of new technologies, such as the machine gun and the tank, as well as expanding the scope and complexity of military tactics. Aircraft, missiles, and later nuclear weapons all pushed the boundaries of warfare even further during the 20th century, which saw rapid development in military operations. Military operations are more complicated than ever before in the modern era. Techniques for gathering and analyzing intelligence have improved, and digital technology has made satellite communication and surveillance possible, giving commanders a great view of the battlefield. Military operations have undergone significant change from ancient times to the present day. Even though some of the simplest tactics remain the same, technological and communication advancements have created a web of interconnected battlefields with a dizzying array of strategies and tactics for winning wars. This amazing history will undoubtedly continue to evolve in novel and exciting ways.

Can I use the random military operation names that this tool creates?

How many ideas can I generate with this Military Operation Name Generator?

The Military Operation Name Generator can generate thousands of ideas for your project, so feel free to keep clicking and at the end use the handy copy feature to export your military operation names to a text editor of your choice. Enjoy!

What are good military operation names?

There's thousands of random military operation names in this generator. Here are some samples to start:

More on military operation names across the web