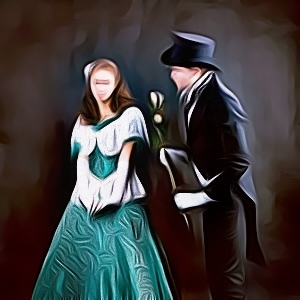 Use this Noble Name Generator to find countless random noble names for your next gaming adventure, story or any other kind of project. Enjoy!

How did the nobility choose their names in the past?

The nobility has always been a privileged class in society, and their names reflect that. In the past, noble families would often choose names that conveyed strength or power. This was done to both assert their position in society and to instill fear in their enemies. Many of these names were passed down through the generations, becoming synonymous with the family itself.

Today, some noble families still choose names that convey strength or power. However, many have started to adopt more modern naming conventions. This is largely due to the fact that society has become more egalitarian over time. As such, there is less need for nobles to assert their dominance through their names. Instead, they can simply choose a name that they like or that has meaning to them.

A history of nobles

The nobility was one of the world's most powerful and influential social classes throughout history. Nobles were people who had titles of nobility, either from birth or through a grant from a higher authority, like a king or queen. Nobles held a lot of political, economic, and social power and controlled huge areas of land. The Middle Ages were the time when the idea of nobility first began to take shape. The elite of European feudalism made up the majority of the nobility. The monarch was the highest-ranking official in the land and exercised complete control over his subjects during feudalism. The nobles were positioned below him in the social hierarchy. These individuals held powerful positions of influence and authority in the kingdom, often coming from wealthy and powerful families. There were different levels of nobility in Medieval Europe. The royalty who inherited their titles and estates directly from their ancestors made up the highest tier, and they were frequently members of the royal family. Nobles who were bestowed with titles and estates by the monarch frequently augmented this tier. These positions were referred to as "vassals," and in return for their titles, they frequently had to perform duties for the king, such as serving in the military. Knights and lower nobility, who also swore loyalty to the monarch, occupied lower ranks. The nobility's importance in Europe continued to rise throughout the medieval period. Land and other privileges were reserved solely for nobles, and they were virtually immune from prosecution in the legal system. The nobility was even exempt from taxation in some European nations. This allowed noble families to maintain their wealth and influence for generations while safeguarding the established power structure. In Europe, absolute monarchs began to consolidate their rule and centralized authority in the 17th and 18th centuries, at which point the nobility's power began to decline. Nobles were no longer able to rely on their titles and estates to make ends meet after feudalism was outlawed and a more powerful and centralized monarch took power. As a result, a more meritocratic system developed in which individuals were evaluated not only based on their social rank but also on their abilities and accomplishments. In Europe and a few other nations around the world, the idea of nobility is still prevalent today. It is common for individuals to receive recognition for their accomplishments or public service through the granting of a title or award from the sovereign of the nation. Numerous nations have orders and titles of nobility. However, the nobility's influence and power have greatly diminished, and in most cases, they no longer hold the same level. In conclusion, the nobility's history can be traced all the way back to the Middle Ages, when it held a lot of power and influence. Until the 17th and 18th centuries, when absolute monarchs began to consolidate their rule and take much of the power of the nobility into their own hands, the role of the nobles only increased throughout the Medieval period. Even though nobility is still present in some nations today, its power has significantly diminished.

5 questions to help you come up with noble names

Can I use the random noble names that this tool creates?

How many ideas can I generate with this Noble Name Generator?

The Noble Name Generator can generate thousands of ideas for your project, so feel free to keep clicking and at the end use the handy copy feature to export your noble names to a text editor of your choice. Enjoy!

What are good noble names?

There's thousands of random noble names in this generator. Here are some samples to start:

More on noble names across the web

Can't get enough of generating noble names? Then continue exploring: