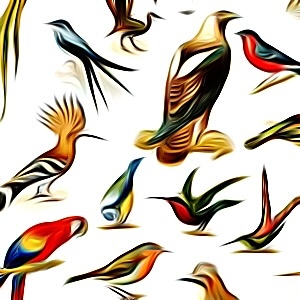 Use this Species Name Generator to find countless random species names for your next gaming adventure, story or any other kind of project. Enjoy!

How do you define a species?

A species is a group of organisms that can interbreed and produce fertile offspring. Organisms of the same species share a common gene pool. This means that they have similar DNA sequences and can produce offspring that are genetically similar to themselves.

There are different ways to define a species. The most common way is to use the biological species concept. This concept defines a species as a group of organisms that can interbreed and produce fertile offspring. This is the most widely used definition of a species, but it has some limitations. For example, it does not work well for organisms that reproduce asexually or for fossil organisms.

A history of species

The study of species history covers the evolution of all known organisms, from their earliest ancestors to the present day. The diversity of life that we see today is the result of millions of years of evolution and adaptation by species, from the simplest unicellular organisms to the most complex animals. Although species have existed for a very long time, it is thought that life on Earth first appeared around 3. five billion years ago Single-celled prokaryotic organisms, which lacked a nucleus and were simple, were one of the earliest forms of life. More complex and diverse organisms began to evolve as a result of competition between organisms and environmental shifts that necessitated diversity. By 1. As multicellular organisms emerged 5 billion years ago, life had become more complex and diverse. Eukaryotes, dinoflagellates, and amoebae all emerged, and the first plants that could be recognized had developed. During this time, all land plants and most of the other land species we see today originated. During the Cambrian period, approximately one to six hundred million years ago, we witnessed a significant speciation explosion. Up to 70% of the modern animal species we see today are thought to have originated during this time. Between the Cambrian and Jurassic periods, a few hundred million years later, life rapidly changed. Animals originated in the ocean and evolved to live on land and in the air. The "invasion of the land" refers to this animal exodus from the sea. During this time, the first mammals and dinosaurs emerged. Another flurry of speciation occurred during the Cenozoic period, which began near the end of the Mesozoic. During this time, the modern phyla, which include humans, primates, birds, mammals, and reptiles, evolved. During this time, the species we know today began to be shaped by extinctions brought on by climate change, volcanic eruptions, and asteroid impacts. Up to half of all species that existed at this time are thought to have vanished. The rise of humans is currently one of the most significant influences on the evolution of species. Around 60,000 years ago, humans began to leave Africa. Their activities, like hunting and destroying the environment, had a huge impact on the species they encountered. Humans are currently regarded as one of the greatest threats to life because of their preference for destruction over preservation. The diversity and beauty of life over millions of years are celebrated throughout the species' history, which is an infinite timeline. Even though it's a complicated and broad topic, it's one that's worth learning just to learn about the complexities of nature and how far life has come.

5 questions to help you come up with species names

Can I use the random species names that this tool creates?

How many ideas can I generate with this Species Name Generator?

The Species Name Generator can generate thousands of ideas for your project, so feel free to keep clicking and at the end use the handy copy feature to export your species names to a text editor of your choice. Enjoy!

What are good species names?

There's thousands of random species names in this generator. Here are some samples to start: