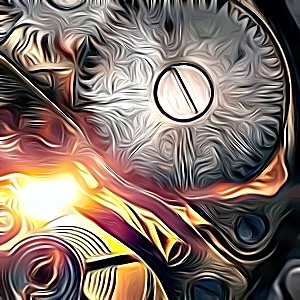 Use this Steampunk Name Generator to find countless random steampunk names for your next gaming adventure, story or any other kind of project. Enjoy!

What kind of genre is Steampunk?

Steampunk is a subgenre of science fiction or fantasy that typically features steam-powered machinery, especially in a setting inspired by industrialized Western civilization during the 19th century. Steampunk works are often set in an alternative history of the 19th century's British Victorian era or American "Wild West", in a post-apocalyptic future during which steam power has regained mainstream use, or in a fantasy world that similarly employs steam power.

The term steampunk was first used in the late 1970s and early 1980s, and refers to a style of fashion that combines historical elements with anachronistic technological features inspired by science fiction. The most common visual theme associated with steampunk is the creation of intricate machinery using gears and other clockwork mechanisms. Other common themes include brass and copper machines, chessboards, cogs, antique firearms, and airships.

5 questions to help you come up with steampunk names

Can I use the random steampunk names that this tool creates?

How many ideas can I generate with this Steampunk Name Generator?

The Steampunk Name Generator can generate thousands of ideas for your project, so feel free to keep clicking and at the end use the handy copy feature to export your steampunk names to a text editor of your choice. Enjoy!

What are good steampunk names?

There's thousands of random steampunk names in this generator. Here are some samples to start:

More on steampunk names across the web

Can't get enough of generating steampunk names? Then continue exploring: