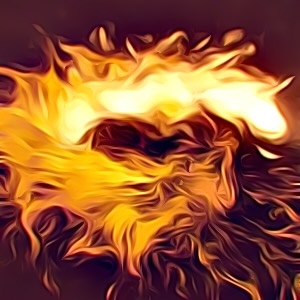 Use this Phoenix Name Generator to find countless random phoenix names for your next gaming adventure, story or any other kind of project. Enjoy!

What kind of mythical animal is a phoenix?

In ancient mythology, a phoenix is a long-lived bird that cyclically regenerates or is otherwise born again. Associated with the sun, a phoenix obtains new life by arising from the ashes of its predecessor. According to some texts, the phoenix could live over 1,400 years before rebirth.

A history of the phoenix fantasy creature

Over the course of many different cultures, myths, and legends, the Phoenix has become an iconic fantasy creature. It is one of the most well-known representations of hope, resurrection, immortality, and rebirth. Around 2500 B.C., Egyptian mythology is thought to have introduced the concept of the Phoenix. At first, it was thought to be an immortal bird that lived in the sacred shrine of the sun god Ra. By 500 BC, the bird was used in Greek mythology as a symbol of regeneration and hope. A phoenix was said to die in flames and then rise again from the ashes. The Phoenix took on a new symbolic meaning during the Roman era. It became a symbol of life's cyclical, eternal nature. It was believed that the bird was a powerful and magical creature that lived for a thousand years before committing suicide, only to be reborn again and again. The Phoenix began to take on a more Christian appearance during the Middle Ages in both Western and Eastern cultures. It served as a symbol for the possibility of resurrection, renewal, and transformation. Astrologers and alchemists, who believed that the Phoenix's fiery passion and power could transform both the physical and spiritual worlds, adopted this concept. The phoenix has appeared frequently in both literature and art. In the modern era, it was prominently depicted in the Harry Potter novels written by J. K. Rowling, where it was connected to the concept of a person's soul reincarnating in a new body. It has continued to be a well-liked creature in contemporary popular culture, appearing in comic books, video games, motion pictures, and television series. The modern interpretation of the Phoenix is a potent representation of transformation, rebirth, hope, and transformation. It speaks to people's desire for brighter, better futures, one in which they can overcome obstacles and start over. Its primordial power serves as a reminder that challenges can be conquered and life can be reborn. The Phoenix is a fascinating and powerful fantasy creature that has captivated humans for centuries in any form. It remains an iconic symbol of life, death, and rebirth, a symbol of hope that can never be fully extinguished, as it continues to be adopted in numerous forms.

5 questions to help you come up with phoenix names

Can I use the random phoenix names that this tool creates?

How many ideas can I generate with this Phoenix Name Generator?

The Phoenix Name Generator can generate thousands of ideas for your project, so feel free to keep clicking and at the end use the handy copy feature to export your phoenix names to a text editor of your choice. Enjoy!

What are good phoenix names?

There's thousands of random phoenix names in this generator. Here are some samples to start: