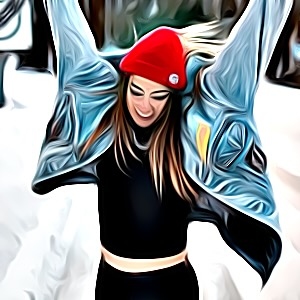 Use this Finnish Name Generator to find countless random Finnish names for your next gaming adventure, story or any other kind of project. Enjoy!

What is the importance of names in Finnish culture?

Ever since Finnish people first settled in the area that is now Finland, they have cherished their unique and traditional names. In fact, a person's full name is often the most important part of their identity. Finnish names reflect a person's ancestry, occupation, and place of residence. Many Finns believe that a good name reflects someone's character and personality. The importance of Finnish names has even spilled over into the world of pop culture. For example, the character Mika from the popular TV series Midsomer Murders is named after a Finnish actor.

A history of Finnish culture

Finland's culture is deeply ingrained in its people's sense of self; a one-of-a-kind combination of modern thought and ancient practices. The culture of Finland today is shaped by a long period of imperialist rule, historical tribal rivalries, and early hunter-gatherer tribes, all of which are entwined in a complex history that spans thousands of years. As a result, the nation's cultural landscape is diverse and rich, reflecting its long and varied history of shifting influences. The hunter-gatherers who first settled Finland are thought to have arrived there between ten and twenty thousand years ago. During this time, a number of distinct tribes emerged, each with its own culture and way of life. Each tribe's traditional culture was based on the land they lived in and the natural resources they had access to. The "Finnish Traits" are a collection of important cultural norms and values that emerged during the period of tribalism and were used as the basis for many of Finland's cultural institutions even into the modern era. Despite the fact that religious beliefs and practices varied among various groups, there was a general consistency in them. Respect for nature, a love of music and literature, and a firm belief in equality are just a few examples. During the Middle Ages, feuds and wars erupted between neighboring tribes, kingdoms, and duchies as the nobility grew. As competing peoples and regions vied for power and resources, this was a turbulent time. However, despite this conflict, the first signs of a unified Finnish culture begin to emerge during this time. Along with other aspects of the nation, traditions like the consumption of mead, Kalevala tales, a national language, and a long-standing democratic tradition develop over time. The Swedish Empire also ruled Finland during the Middle Ages, uniting the country. Even though a lot of the country's personality was formed during this time, a new wave of cultural influences brought by the Swedish Empire significantly altered the country's traditional ways of life. This included the creation of a school system, the development of centralized government bureaucracy, the introduction of a new language, and Swedish colonization efforts. Finland established a new republic and declared independence from the Russian Empire in the 19th century. Finnish culture underwent rapid modernization during this time period as the country sought to join the intellectual and cultural discourse of Europe. A new appreciation for Finnish folk culture was also established, and interests like literature, art, music, theater, and literature flourished. Finland's culture of the present day is a reflection of its past; a mix of the traditional and the modern, the old and the new. People in Finland are proud of the distinctive, inclusive, and progressive culture that has been shaped over thousands of years. Finland is a cultural powerhouse in Europe and around the world.

5 questions to help you come up with Finnish names

Can I use the random Finnish names that this tool creates?

How many ideas can I generate with this Finnish Name Generator?

The Finnish Name Generator can generate thousands of ideas for your project, so feel free to keep clicking and at the end use the handy copy feature to export your Finnish names to a text editor of your choice. Enjoy!

What are good Finnish names?

There's thousands of random Finnish names in this generator. Here are some samples to start:

More on Finnish names across the web

Can't get enough of generating Finnish names? Then continue exploring: