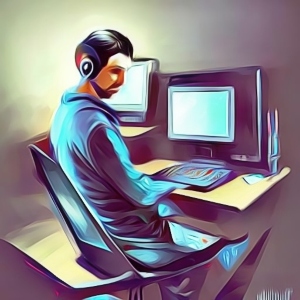 Use this Game Studio Name Generator to find countless random game studio names for your next gaming adventure, story or any other kind of project. Enjoy!

When were the first game studios created?

The first game studios were created in the early 1970s. These studios were responsible for creating some of the earliest video games, such as Pong and Space Invaders. The first game studio was Atari, founded in 1972 by Nolan Bushnell. Atari was followed by other studios, such as Intellivision, ColecoVision, and Nintendo. The 1980s saw the advent of personal computers, which allowed anyone with a computer to create games. This led to the creation of many small independent game studios that survive to this day.

Can I use the random game studio names that this tool creates?

How many ideas can I generate with this Game Studio Name Generator?

The Game Studio Name Generator can generate thousands of ideas for your project, so feel free to keep clicking and at the end use the handy copy feature to export your game studio names to a text editor of your choice. Enjoy!

What are good game studio names?

There's thousands of random game studio names in this generator. Here are some samples to start: