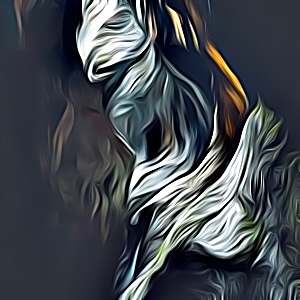 Use this Cave Name Generator to find countless random cave names for your next gaming adventure, story or any other kind of project. Enjoy!

What are the main characteristics of a cave?

A cave is a naturally occurring void in the ground, especially one with an entrance to the surface. Caves are found all over the world and come in many different shapes and sizes. Some of the most notable caves are found in China, Vietnam, Greece, and the United States. There are several different types of caves, including sea caves, wind caves, and lava tubes.

A history of caves

For centuries, if not millennia, caves have been an important part of human history. Caves have provided humanity with the means to survive in harsh environments and form communities of friends, family, and like-minded groups by constructing dwellings, cultivating crops, and carrying out rituals. The cave experience's long and varied history and place in various cultures will be the subject of this article. Caves may have been used by humans since the Paleolithic era, according to archaeological evidence. Caves were essential to early agricultural settlements and hunter-gatherer societies over the centuries. The dank, dark places provided shelter, safety, and a source of fresh food and drink for many people. They were, in some cases, places of spiritual significance. The experience of being in a cave was connected to religious ceremonies and rituals in many cultures. In order to honor the dead, express gratitude to the gods, and ensure success in hunting, ancient Native American tribes held ceremonies in caves. In a similar vein, some of the world's oldest religions practiced in caves, where the natural isolation served as a sound barrier. Additionally, it was believed that caves held valuable resources. As a result of their belief that caves were home to polytheistic gods, the cultures of the Romans and Greeks erected elaborate spaces for worship and offerings. In some instances, precious minerals and metals like gold and silver were mined from caves as well. The cave has recently been used for both adventure and scientific research. Adventurers and naturalists in the modern era have discovered previously unknown species and geological phenomena by exploring some of the world's deepest and darkest caves. Legendary explorers like Ed Culver, Ghena Marley, and Robert Peary are just a few of the most well-known examples. Their journeys into these vast underground systems have made headlines all over the world. Cultures have also been drawn to caves because of their mysterious beauty and natural benefits. Caves are visited by a lot of tourists to see natural wonders in action. Others choose to investigate and take in the numerous historic and ancient sites that are concealed within them. The cave experience has a long and varied history, whether for business or leisure. In conclusion, the cave experience's history is extremely diverse. Caves have a place in every society and time period, serving as the ultimate location for adventure and discovery, providing spiritual solace to ancient cultures, sheltering the oppressed, and providing resources. The allure of these incredible spaces continues to entice explorers from all over the world with each generation.

5 questions to help you come up with cave names

Can I use the random cave names that this tool creates?

How many ideas can I generate with this Cave Name Generator?

The Cave Name Generator can generate thousands of ideas for your project, so feel free to keep clicking and at the end use the handy copy feature to export your cave names to a text editor of your choice. Enjoy!

What are good cave names?

There's thousands of random cave names in this generator. Here are some samples to start: