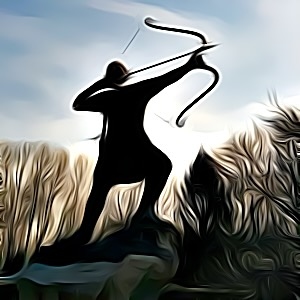 Use this Bow Name Generator to find countless random bow names for your next gaming adventure, story or any other kind of project. Enjoy!

Why do archers give names to their bows?

Archers have been giving names to their bows for centuries. There are many reasons why they do this, but the most common one is that it helps them to form a bond with their weapon. When an archer has a name for their bow, it becomes more than just a piece of equipment - it becomes a part of them.

Naming a bow can also help an archer to remember specific characteristics about that particular bow.

A history of bows

One of the oldest weapons known to man, the bow has been around for more than 10,000 years. Prehistoric humans hunted, defended themselves, and waged war with bows and arrows. The bows and arrows themselves evolved along with technology, eventually leading to the impressive compound bow of today. The bow was widely used in ancient Egypt. Many wall paintings depict archery in its various applications, including hunting, warfare, and even entertainment. It was widely held that the Egyptians were the first people to develop archery into an organized sport. Wood and horn were used to make the bows, which were usually made by hand. The crossbow was used a lot in medieval Europe. In comparison to a standard bow and arrow, crossbows had greater range, accuracy, and a quicker draw time. Because of this, they were ideal for conducting siege warfare and ambushes. Also, the materials used to make crossbows got better, and in the 15th century, mass-produced designs started to appear. As time went on, the use of the bow and arrow continued to advance. The recurve bow, a type of bow with a curved shape that enables the arrow to travel further, was one of many designs developed in Asia. Due to its superior range and accuracy, the recurve bow was quickly adopted by Native Americans in the Americas. Material and design advancements have significantly improved the bow and arrow's technology in recent times. This can be seen in the modern compound bow, which makes use of a pulley system to help reduce draw weight and improve accuracy. Additionally, a variety of arrows, including target arrows, have been developed, making archery a popular recreational activity. The bow is a timeless symbol of skill and power, regardless of how much technology advances. Despite the bow's evolution over time, its historical significance cannot be denied. The bow is still one of the most well-known and potent weapons ever made, whether it is used for hunting, entertainment, or combat.

5 questions to help you come up with bow names

Can I use the random bow names that this tool creates?

How many ideas can I generate with this Bow Name Generator?

The Bow Name Generator can generate thousands of ideas for your project, so feel free to keep clicking and at the end use the handy copy feature to export your bow names to a text editor of your choice. Enjoy!

What are good bow names?

There's thousands of random bow names in this generator. Here are some samples to start: